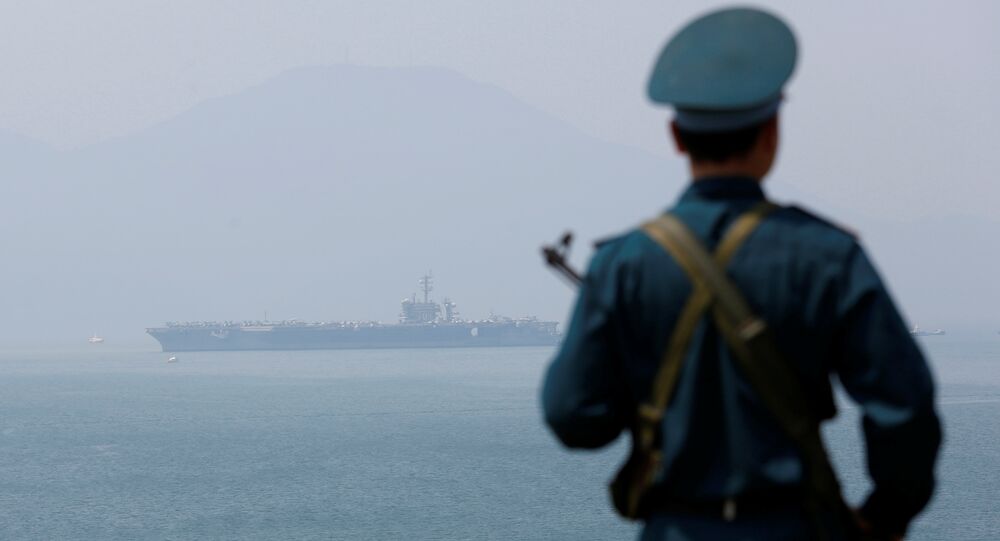 On March 5, the USS Carl Vinson docked at the central Vietnamese port of Da Nang, in a port call that the commander of the US aircraft strike group described as a "historic step."

A US aircraft carrier has arrived at a Vietnamese port for the first time since the end of the Vietnam War more than forty years ago, according to media reports.

On Monday, the USS Carl Vinson docked at Da Nang in a four-day port call that the commander of the Carl Vinson strike group touted as a "pretty big and historic step."

"The carrier has not been here [in Vietnam] for 40 years. We hope to continue the same issue that we’ve always had and that's to promote security, stability and prosperity in the region," Rear Admiral John V. Fuller said.

The 333-meter long Nimitz-class Carl Vinson, which entered service with the US Navy in 1982, has a displacement of 97,000 tons and is equipped with two nuclear power units. The vessel can carry up to 90 on-deck aircraft.