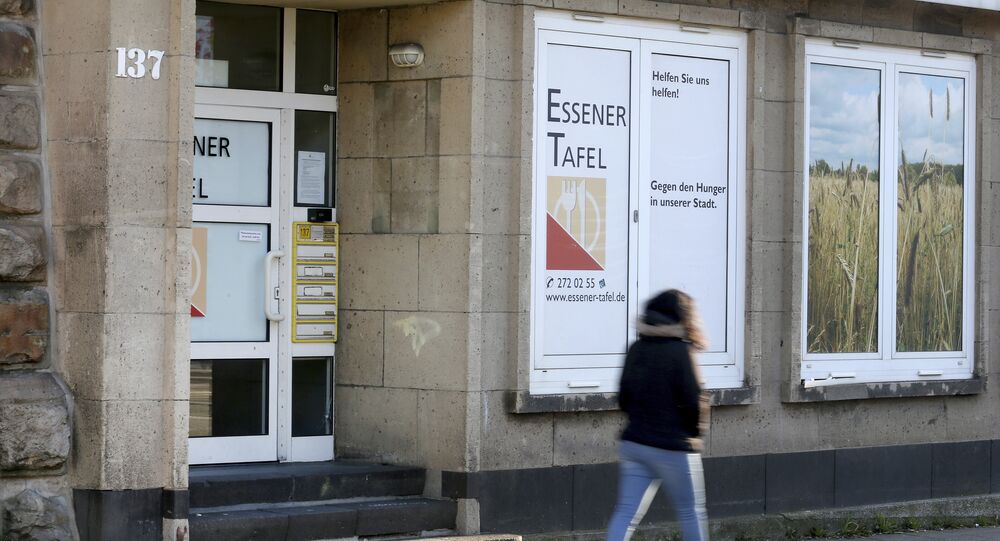 A non-profit organization in the German city of Essen has come under harsh criticism lately for its alleged xenophobia, which has led its chairman to express concerns that his staffers will be too scared to come to work.

"F*** Nazis" graffiti appeared on Sunday on a number of the doors and delivery vans of a food bank in Essen, a city near Dortmund, Western Germany. The organization which goes by the German name "Tafel" became the focus of a heated debate last week when it introduced a rule that refuses new membership cards to foreigners, thus giving  priority to German passport holders.

At least six vans were defaced after a food bank in Essen, Germany said they would not give new membership cards to foreigners (image @WDR) pic.twitter.com/znJvJ6WoXP

The Essen non-profit is just one of the 930-strong chain of "Tafel" food banks all across Germany, which collects food that is nearing its expiration date from eateries and supermarkets to further distribute it among needy families at a specified time weekly. Among those enrolled for the social program are those who are unemployed or low-income beneficiaries.

Speaking to public broadcaster WDR, manager Jörg Sartor labeled the vandalism as "kid’s stuff," adding that they are set to continue doing their work, though feeling a bit uneasy about it.

German Food Bank Reacts to Rise of Migrant Recipients From 29 to 75 Per Cent Since 2015https://t.co/8y0YVOjo2J

At a press conference on Thursday, Sartor claimed that as the number of newcomers has risen to 75 percent of Essen's overall food bank members, elderly Germans were becoming too frightened to partake in weekly food pick-ups.

He told Deutsche Welle that he had received several complaints about "too much pushing and shoving" during food distributions.

Sartor said he "didn't understand all the excitement" demonstrated by foreign participants of the program and underscored that neither he nor his volunteers were xenophobic. He added that new enrollment was being suspended for a few months, and would resume before the summer.

"We want German grandmothers to continue coming to us,” head of the association in Essen, Jörg Sartor

[white] older women in particular felt deterred by the large number of young, foreign men at the food bank. Some of the men showed "a lack of respect for women"

Nevertheless, the move caused a stormy reaction from the management of other German food banks as well as politicians. For instance, Spiegel magazine cited Joachim Stamp, the interior minister of North Rhine-Westphalia, where Essen is located, as saying that the determining factor should be "the level of need, not the place of origin."

READ MORE: Poland and Israel: Hot Debate Over the Holocaust