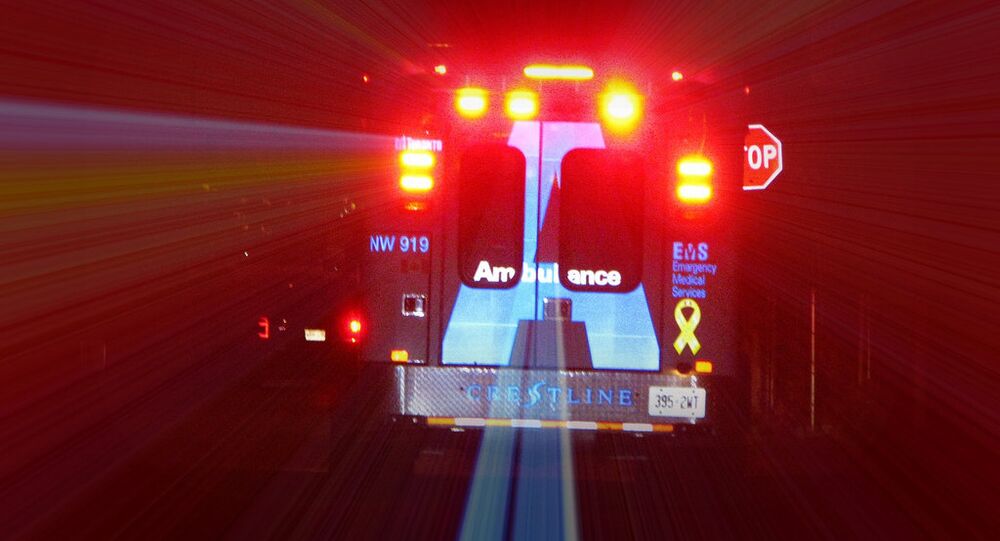 According to media reports, the crash happened at Coquihalla Highway around 30 kilometers (18.6 miles) north of the city of Hope at around 08:00 p.m. local time on Sunday (01:00 GMT on Monday).

"Updating on #Coquihalla incident involving 2 transport trucks, 2 buses and 2 vehicles: 7 patients have been taken to hospital in serious condition. Roughly 70, uninjured, taken by bus with paramedics on board to a warming centre. Paramedics on scene for 1 or more other patients," the Emergency Health Services wrote on Twitter.

Local Hope Standard newspaper reported, citing EHS, that the number of those injured in the accident stands at around 40.

Crews are still on scene at this major crash. 7 people taken to hospital in serious condition. @DriveBC unsure when #Coquihalla will re-open along that stretch, but it appears the highway will be closed overnight between Hope and Merritt. pic.twitter.com/i0dXgBvx2C

PHOTOS: First responders rush to scene of multi vehicle crash involving buses, semis, and other vehicles on the #Coquihalla, north of Hope. The highway remains closed. We will have live updates on @CTVMorningLive with @BreannaCTV. pic.twitter.com/CJJCsqGB0L

Photos just in to us from the #coquihalla crash scene near Othello. Two buses, semis, other vehicles strewn across the icy highway and in the ditch. 7 ppl in serious condition, at least 1 more still on scene injured 70 unhurt. More to come on @GlobalBC in the coming hours. pic.twitter.com/hpuGWsptic

According to the CTV news outlet, citing Amy Robertson, a spokeswoman of the provincial Emergency Health Services, of 22 ground and air ambulances have been dispatched to the scene of the accident.

Moreover, the highway has reportedly been closed due to the crash.

At Least 13 People Killed in Car Accident in Eastern Pakistan