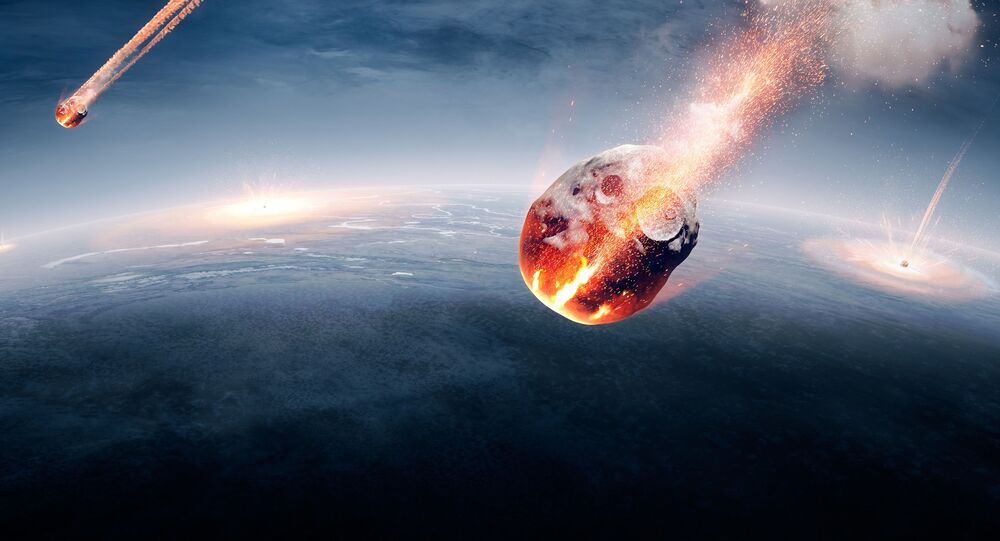 Back in 1998, two separate rocks fell to our planet, with one smashing into the ground near children playing basketball in Texas and the second hitting Morocco, and only 20 years later it turned out that those space rocks contained unbelievable chemical components.

The meteorites are said to be filled with both liquid water and a mix of complex organic compounds, including hydrocarbons and amino acids. The study, released on January 10 in the journal Science Advances, showed the first comprehensive chemical exploration of organic matter and liquid water in salt crystals found in meteorites on the Earth.

David Kilcoyne, a scientist at Berkeley Lab's Advanced Light Source (ALS), which provided X-rays used to scan the samples' organic chemical makeup, such as carbon, oxygen, and nitrogen, was a member of the international research team that conducted the study.

"It's like a fly in amber," Kilcoyne says. Despite the fact that the discovery does not prove that there is life beyond Earth, the scientist reveals that the meteorites' “encapsulation of rich chemistry” may be equated to the preservation of “prehistoric insects in solidified sap droplets.”

Chan believes that the meteorites may have crossed paths, due to the similarities in their materials, which can offer a host of possibilities for how organic matter may be “passed” from one asteroid host to another in space.

"Everything leads to the conclusion that the origin of life is really possible elsewhere," Chan said. "There is a great range of organic compounds within these meteorites, including a very primitive type of organics that likely represent the early solar system's organic composition."

"We revealed that the organic matter was somewhat similar to that found in primitive meteorites, but contained more oxygen-bearing chemistry," said Yoko Kebukawa, an associate professor of engineering at Yokohama National Univeristy, who took part in experiments for the study at Berkeley Lab’s ALS, adding "Combined with other evidence, the results support the idea that the organic matter originated from a water-rich, or previously water-rich parent body — an ocean world in the early solar system, possibly Ceres."

Chan outlined that there were some other “discoveries” from the meteorites that haven't been examined yet, and she was planning further studies to identify if any of those crystals may also contain water or complex organic matter.