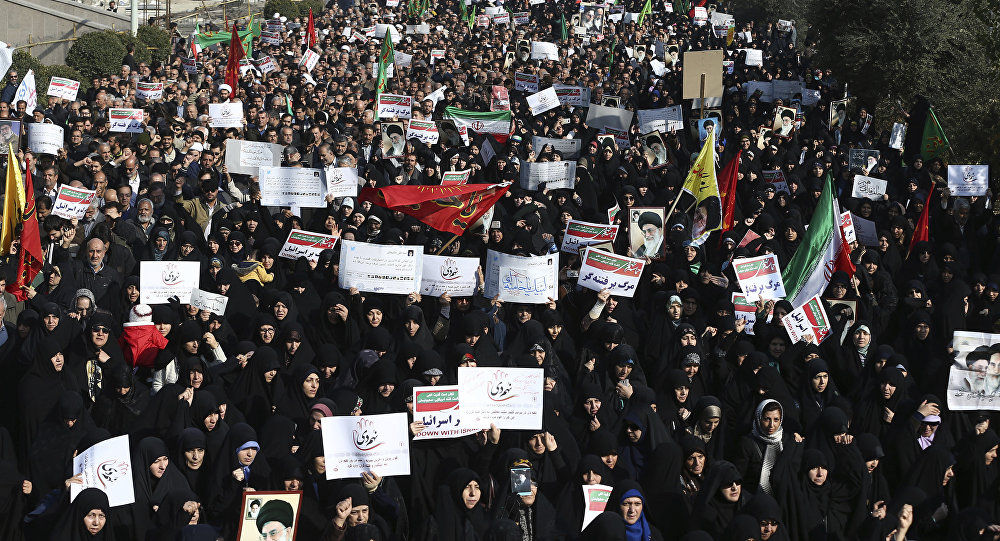 Washington has been "watching" the situation in Iran, with President Trump and VP Pence making several statements in support of the protests. According to Iranian Envoy to the UN Gholamali Khoshroo, the US wants to encourage Iranians to "change their government."

Iran’s envoy to the United Nations has criticized the statements by US President Donald Trump and members of his administration in support of the recent mass protests in the country.

The United States "has stepped up its acts of intervention in a grotesque way in Iran's internal affairs under the pretext of providing support for sporadic protests, which in several instances were hijacked by infiltrators," Gholamali Khoshroo said Wednesday in a letter to UN Secretary General Antonio Guterres.

Since December 28, several large Iranian cities have seen a number of protests against the worsening economic conditions in Iran, high fuel and food prices, unemployment, inflation and air pollution. At least 20 people have reportedly been killed so far, and 450 people have been detained.

© AFP 2019 / STR
Iranian students run for cover from tear gas at the University of Tehran during a demonstration driven by anger over economic problems, in the capital Tehran on December 30, 2017

US President Trump has commented on the situation, in particular, calling the Iranian government "corrupt" and promising "support" from Washington for Iranians "at the appropriate time."

​On Wednesday, US Vice President Mike Pence wrote an op-ed in The Washington Post about the protests, saying, "Today, the Iranian people are once again rising up to demand freedom and opportunity, and under President Trump, the United States is standing with them. This time, we will not be silent."

Saying that the US was acting in violation of international law and the principles of the UN Charter, Khoshroo pointed out, "The president and vice president of the United States, in their numerous absurd tweets, incited Iranians to engage in disruptive acts."

"The US Department of State went so far as to admit that the US government wants to encourage protestors in Iran to change their government, confessing that the US is engaged in interfering with the internal affairs of Iran through Facebook and Twitter," the Iranian diplomat added.