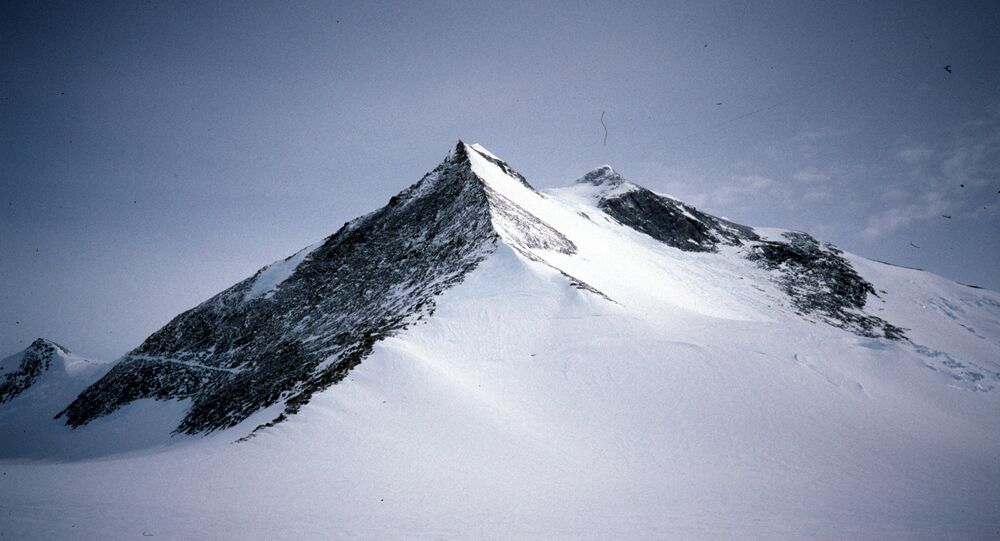 Recent satellite data has revealed that Mount Hope on the part of Antarctica claimed by the UK is 377 meters (1,237 ft) taller than previously thought.

The survey was conducted while updating the maps and modern satellite data highlighted new mountain heights, ranges in new locations and even some new peaks which hadn’t been surveyed before.

© Photo : From Alexander Novikov personal archive
Antarctica's Ear: How Physicists Turned Entire Continent Into Particle Detector
According to Adrian Fox head of mapping and geographic information at BAS, “This is an exciting discovery within the British Antarctic Territory. Accurate elevation data from satellite imagery now allows us to produce these resources for Antarctica, where flying is difficult at the best of times,” Evening Standard newspaper reported.

He further said that modern satellite data pinpointed how inaccurate previous surveys and maps were for some parts of the region.

“The discovery of Mount Hope as the UK’s tallest peak is a great example of British science making big steps forward in mapping techniques to help us get a better understanding of this fascinating region,” Sir Alan Duncan, Foreign Office Minister with responsibility for the Polar Regions said.

The tallest mountain in the Antarctic is Mount Vinson at 4,892 m (16,050 ft). It is however not part of the British Antarctic Territory.

Mount Vinson was first climbed in 1966, later on an expedition in 2001 was the first to climb via the Eastern route, which also took GPS measurements of the height of the peak.