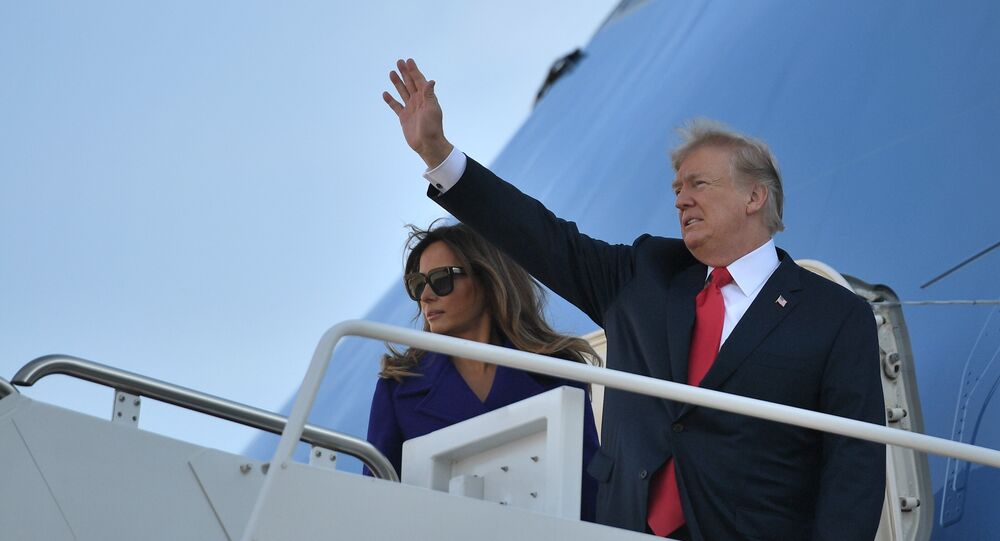 US President Donald Trump has begun his longest official foreign trip. Over the course of 12 days, the American leader will visit China, S. Korea other nations in the region and will take part in the ASEAN summit.

MOSCOW (Sputnik) – Donald Trump, who has arrived in Japan, said Sunday that he was starting his Asian trip with confidence about his "strong negotiating" position.

A day before that, Trump boasted about improvements in the US economy, saying that the unemployment had fallen to 4.1 percent — its lowest level in 17 years, and noted that the US stock market’s value had hit a record high, up $5.4 trillion since he took office.

During his tour, which includes such nations as South Korea, China, Vietnam and the Philippines, the American leader is set to discuss the North Korean crisis. At the upcoming APEC summit, Trump may also visit Russian President Vladimir Putin and talk about the Syrian and North Korean problems.

Heading into the 12 days with great negotiating strength because of our tremendous economy. https://t.co/4HnXkR3EhW

Trump's visit to Japan will last until November 7, after which he will continue his Asian trip.

As Trump declared that the US economy was improving, his domestic rating hit a historical low, according to a Washington Post-ABC News Poll.

Trump's approval rating will continue to fall whether the tax bill is signed or not.

According to the poll, only 37 percent of the respondents approve of the way Trump handles his job, while his predecessors enjoyed approval rates ranging from 51 percent to 89 percent since 1953.

A total of 43 percent said that Trump accomplished little or nothing since he had taken the office, while 55 percent believe the president was not keeping most of the campaign promises.

The poll was conducted between October 29 and November 1 among 1,005 US citizens, with an error margin of 3.5 percentage points.