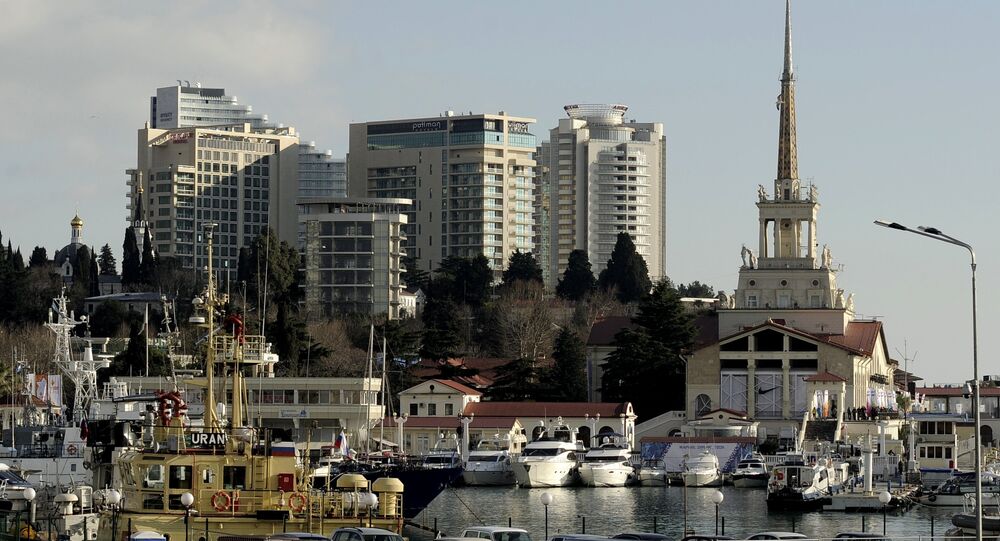 According to Russian Foreign Minister Sergei Lavrov, during the upcoming Congress, participants will jointly resolve the most important problems pertaining to the post-war arrangement in Syria.

SOCHI (Russia) (Sputnik) – Sochi Mayor Anatoly Pakhomov spoke about the Syrian Congress of National Dialogue, noting that the date of the event, as well as the venue where it will be held, remain unknown.

"We are not the organizers. We will just provide assistance, if necessary," he said.

So far, the Russian Foreign Ministry has published on its website a list of the 33 organizations which had been invited to participate in the Congress. A number of opposition groups, including the Syrian National Coalition, the High Negotiations Committee (HNC), and the Free Syrian Army’s Southern Front, have spoken out against participating in the Congress, calling it an attempt to circumvent the issue of political transition and the settlement process held within the Geneva intra-Syrian talks.

© REUTERS / Omar Sanadiki
Syria’s Reconstruction, Return of Refugees to Be on Agenda at Sochi Congress
Another group, the Syria's Tomorrow opposition movement, will come to Sochi for the national dialogue because its members "hope that this will lead to an agreement between political and civil components of the Syrian people," and subsequently to peace, according to the group's spokesman Monzer Akbik, who talked to Sputnik on Saturday.

Akbik also said that those who refuse to go to Sochi do not know the difficulties that millions of Syrians are facing, being in need of assistance.

The Congress is expected to be held on November 18, and to bring together a vast number of the opposition and pro-governmental forces, as well as representatives of all Syria's ethnic and religious groups.

Early to Speak on When, How Syrian Peoples Congress May Be Formed - Kremlin