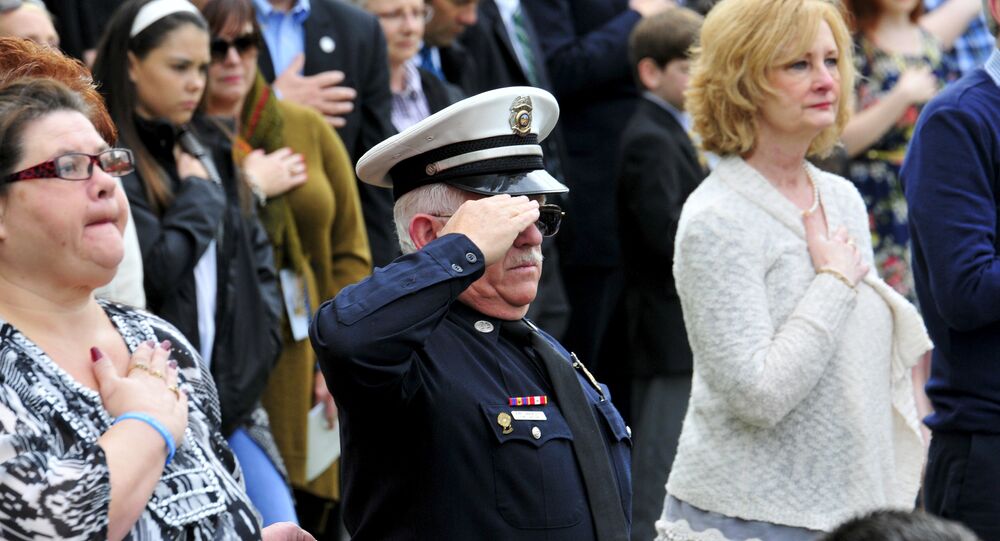 National Anthem Bloopers from Around the World

As the US devolves into heated debates over respect for the flag and the national anthem following the kneeling of sports players protesting endemic racism in the US, here are some anthem-related mishaps from around the world courtesy of Nytimes.com, ranging from funny to infuriatingly offensive.

1.) After underdog Josy Barthel of Luxembourg won the men's 1,500-meter-race in the 1952 summer Olympics in Helsinki, the orchestra had to improvise his country's anthem on the podium because the Olympic organizers didn't have Luxembourg's national anthem on hand. Nobody expected them to win.

2.) During the 1968 US Baseball World Series between the Tigers and the Cardinals, Puerto Rican musician José Feliciano added his own twist when he sang the anthem on the field in Detroit in a "jazzy, hippy manner," according to one angry baseball fan.

"What screwball gave permission to have the national anthem desecrated. It was disgraceful and I sincerely hope such a travesty will never be permitted again."

Another fan weighed in: "I have never heard anything so disgraceful and disrespectful. The only things that resembled our national anthem were the words. As a native Detroiter, I am ashamed of the persons whom would let such a thing happen."

3.) When Alan Jones of Australia won his first Formula One Grand Prix in 1977, a drunken musician — of which there appears to be no shortage — played "Happy Birthday to You" on his trumpet instead of the Australian national anthem.

4.) The Croatian national anthem includes the line "Mila kuda si planina" which in English, would ordinarily be translated into "Dear, we love your mountains." For the winner of the 2008 European soccer champion in November 2007, British opera singer Tony Henry sang the words "Mila kura si planina," which translates to "Dear, my penis is a mountain." According to the Croatian players, the slip-up helped them relax and beat England 3-2.

5.) At the Arab Shooting Championships in Kuwait in 2012, when Maria Dmitrienko of Kazakhstan won a gold medal, she stood — expressionless — listening to the very alternative "Borat" version of her country's anthem which calls Kazakhstan's prostitutes the "cleanest in the region — except, of course, for Turkmenistan's."

6.) In February 2017, before a Fed Cup match between Germany and the US, a singer hired by the United States Tennis Association sang the first verse of the now-retired German national anthem — the one that includes the opening lines "Deutschland, Deutschland, über alles," a piece of nationalistic song closely affiliated with Nazism.

So the next time a pro player takes the knee at a US sporting event, remember that it could be worse. Drunken musicians or cultural deconstructionists seizing control of the PA system could easily force protesters to honor "Achy-Breaky Heart" or "Ace of Spades."

Of course, given the absurd non-musicality of the American national anthem, maybe that would be an improvement.