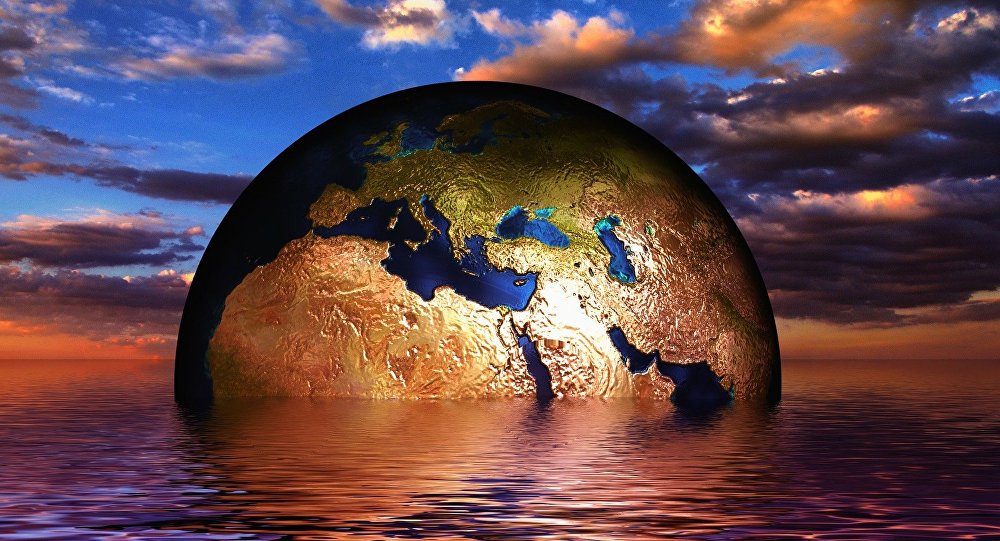 In spite of an overwhelming body of evidence there are some who still debate whether global warming as a result of human-induced climate change is real, but now, to finally put those doubts to rest, Venezuela is about to lose its last remaining glacier.

In recent years, human-caused global warming has been the subject of a great deal of political controversy, but an overwhelming majority of international climate experts and scientists agree that the evidence is clear and that it is time the world focuses on taking action.

Throughout the 20th century, rising atmospheric temperatures caused a rapid global shrinkage of glaciers and, in the tropical Andes, they are particularly sensitive to changes in climate.

© Photo : Pixabay
The Fire Rises: Global Warming May Affect Air Travel in Unexpected Ways
Glaciers in Venezuela have been retreating rapidly over the past century. In 1991, five glaciers occupied nooks near the peaks of the Sierra Nevada de Mérida mountain range in the country's north-west. Now, just one glacier, on Venezuela's second highest Humboldt Peak, remains, but it has shrunk to a tenth of the size that it was 30 years ago, and researchers forecast that in a decade or two it will be completely gone.

The retreat of the Humboldt glacier, named for Alexander von Humboldt, a German explorer and naturalist, is the final stage of the 20,000-year process of the recession of an ice sheet that covered 250 square miles of Venezuela during the most recent ice age. Climate change has sped up the process of melting and, when the Humboldt glacier disappears, Venezuela will become the first country to have lost all of its glaciers.

What makes the situation more problematic is that climatologists cannot properly study the glacier in its final years due to Venezuela's ongoing political turmoil.

Carsten Braun, a glaciologist at Westfield State University in Massachusetts, visited Humboldt in 2015, describing the experience as "a little dicey," as reported by The Economist. Braun cited men in military uniforms pulling him and his team off a bus and interrogating them.

© AP Photo / Alessandra Tarantino
‘We Will Go Down’: Pope Francis Warns Climate Change Deniers
Braun believes that a comprehensive monitoring program is urgently needed before Venezuela becomes glacier-free. Seeking to dot the glacier with sensors to measure water run-off and erect weather stations to capture data on wind, temperature and barometric pressure, he could understand how weather influences the melting of tropical high-altitude glaciers. But launching a scientific expedition to the area has become extremely dangerous.

The disappearance of the Humboldt glacier will not only be a loss for science, it will have a profound impact on the inhabitants of the Andes who rely on meltwater from tropical glaciers. During the dry season, glacier runoff has been crucial to maintaining fresh water throughout the year.

Venezuela Accuses US of Declaring a War, Pledges Proportinate Response