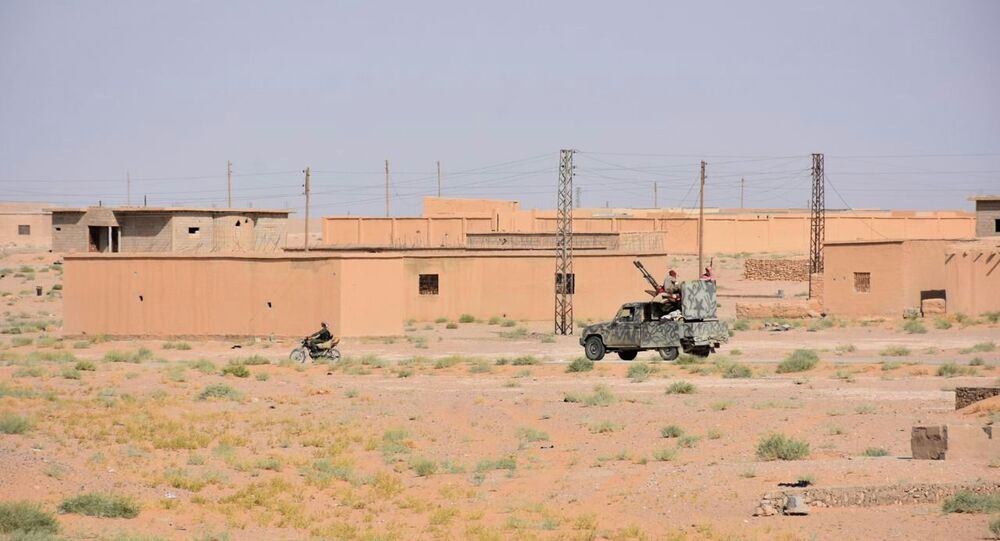 Russian Deputy Foreign Minister Sergey Ryabkov stated that Russia and the US are maintaining close ties on military actions in Syria.

"Military contacts are quite intensive, [going] at different levels," Ryabkov said, commenting on information on the exchange of information between the US and the Russian military on the situation in Syria and, in particular, on Deir ez-Zor.

© Sputnik
Russia, US in Constant Contact on Syria, Deir ez-Zor - Deputy Foreign Minister
Moreover, Russia is concerned by the fact that the United States demonstrates the opposite of its declared intention to eliminate Daesh terrorist group (banned in Russia), Russian Deputy Foreign Minister added. He expressed hope to reporters that the US side would prove in practice its commitment to fighting terrorism.

“This fact is evident and it is very worrisome, we were convinced yet again that the US side, declaring verbally that it is interested in eliminating Daesh and defeating terrorists in Syria, in practice demonstrates the opposite, that in the end of the day some political and geopolitical tasks are more important for Washington than what has been declared in the counterterrorist fight,” he said.

Meanwhile, on Sunday, the Russian Defense Ministry released the aerial images of Daesh deployment sites north of Syria's Deir ez-Zor, where the equipment of US Army Special Forces is clearly visible but without any signs of previous fighting between the sides.