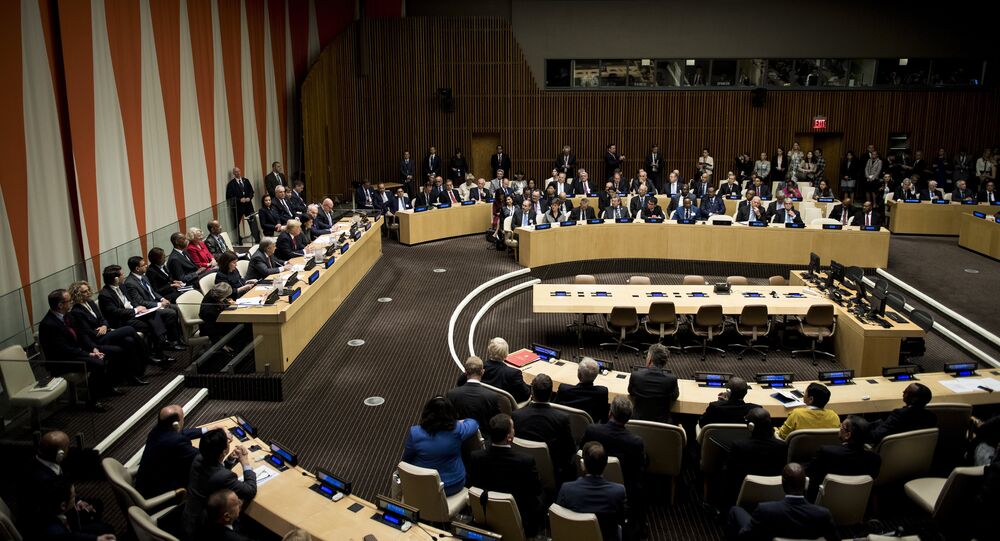 "The response that we’ve had has been nothing short of fantastic: 128 nations have signed the declaration as of this morning," Haley stated at the opening of a US-sponsored meeting on the reform of the organization.

Following the meeting, the sides may adopt a declaration on broad reforms, proposed by UN Secretary-General Antonio Guterres.

United States President Donald Trump said at the UN that "bureaucracy" is holding the international body back, saying he supports the efforts by Secretary-General Antonio Guterres to find the ways to reform the organization so it could serve the interests of global peace and security.

© REUTERS / Eduardo Munoz
UN General Assembly: Russia to Raise Issues of N Korea Threat, UN Mission in Donbass, Syrian War
"In recent years the United Nations has not reached its full potential because of bureaucracy and mismanagement," Trump said at the meeting, which was held on the sidelines of the UN General Assembly.

In the run up to the meeting, Russian Ambassador to the United Nations Vasily Nebenzia said he was unsure if Moscow would sign the declaration. He noted that none of the ideas proposed by Washington complied with what had been suggested by the secretary-general, adding that one could not "undertake the UN reform and change the UN through a declaration" and insisting that such a reform should be carried out through an inter-governmental process.

"Neither they [the US] nor any group of like-minded countries can carry out a UN reform without the consent of all member countries," he pointed out.

There have been several attempts to date to reform the organization to improve its effectiveness in tackling international crises. The initiatives mostly focused on reforming the UN Security Council by increasing number of its permanent members or canceling the veto right. As of now none of them have been successful.

US Won't Be Satisfied Until Seeing Stable Syria Without Assad - Envoy