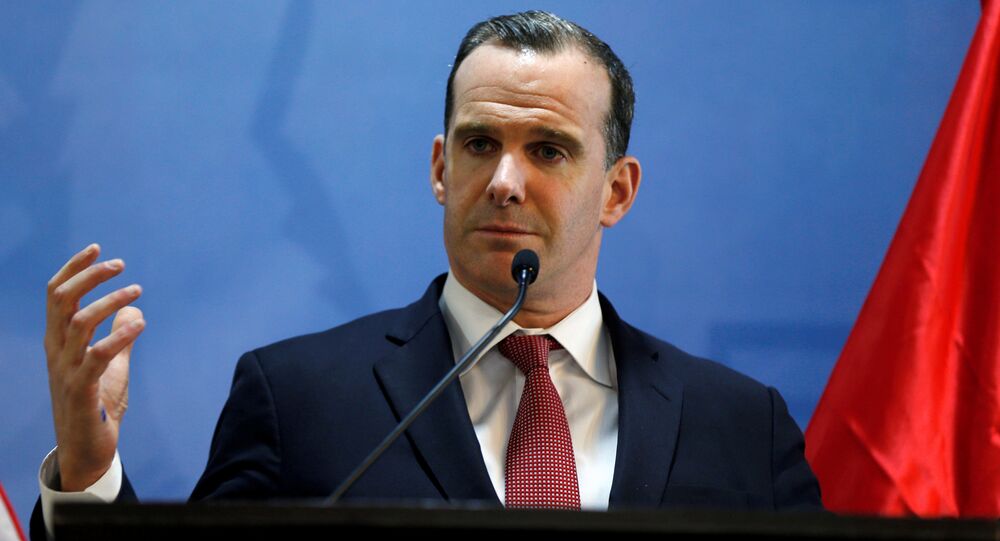 US Special envoy Brett McGurk will host leaders of the international coalition to defeat the Islamic State terrorist group (banned in Russia) for talks on accelerating the anti-terror fight, according to the US State Department.

© AFP 2020 / AHMAD AL-RUBAYE
US-Led Coalition Destroys 33 Fighting Positions Near Iraq’s Mosul
WASHINGTON (Sputnik) — US Special envoy Brett McGurk will host leaders of the international coalition to defeat the Daesh terrorist group (banned in Russia) for talks on accelerating the anti-terror fight, the State Department said in a statement on Wednesday.

"Special Presidential Envoy for the Global Coalition to Defeat [Daesh] Brett McGurk will host senior leaders of the Coalition for a series of meetings in Washington D.C next week," the statement said.

The Coalition's Working Groups — Counter Finance, Foreign Terrorist Fighters, Stabilization Support and Communications — will meet on Tuesday to discuss ways to ramp up pressure on the Islamic State in each of these "critical areas," the State Department said.

On Wednesday, leaders of the 72-member Coalition will hold in-depth talks on how to accelerate the effort to defeat Daesh in the few areas it still holds in Iraq and Syria, as well as maximize global pressure on its branches, affiliates and networks, according to the statement.

The Coalition has also invited leaders of African countries to special talks on the threat that the Islamic State poses in West Africa.

"The [Coalition's] Small Group has also invited representatives from a number of African countries, the African Union, and the Multi National Joint Task Force (MNJTF) to attend a special session about the [Daesh threat] in the Lake Chad Basin region in West Africa," the State Department said.

The series of meetings comes as the Coalition and its Iraqi and Syrian allies make significant gains in the battle against Daesh in Raqqa and Mosul, both previous strongholds of the terror group. The last meeting of the coalition took place in Washington, D.C., on March 22.