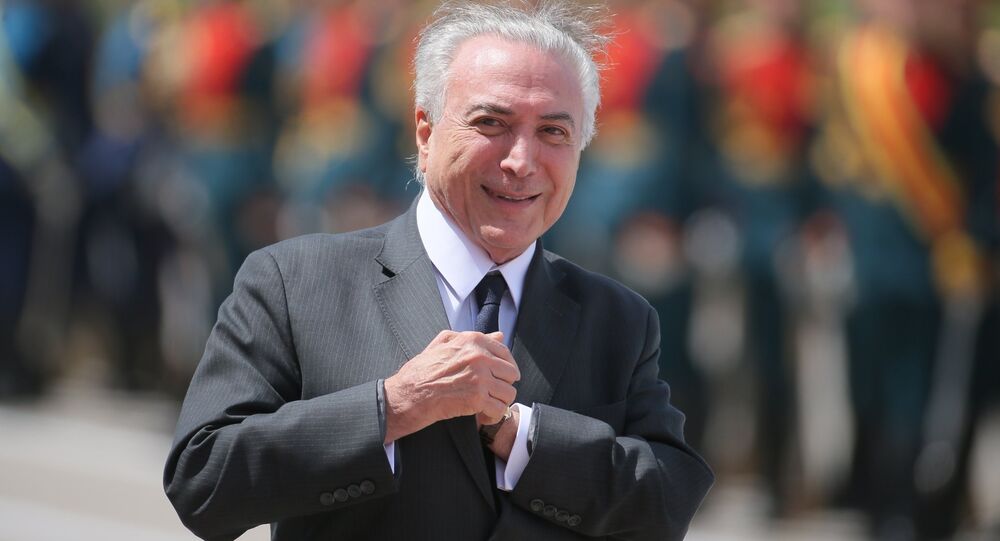 Brazil's President Michel Temer said that on Wednesday, the signing of a number of the Russian-Brazilian documents would take place.

"In the year when I assumed the president's office [August 2016], bilateral trade between our countries grew significantly. If we look at the exports and imports, the increase amounted to 40 percent," Temer said during his meeting with Vyacheslav Volodin, the speaker of the lower house of Russia's parliament.

Temer added that on Wednesday, the signing of a number of the Russian-Brazilian documents would take place.

The agreements are expected to contribute to an increase in bilateral cooperation and will "demonstrate the significant maturity of our bilateral relations," the Brazilian leader noted.

© Photo : Russian Defense Ministry
Budgetary Restrictions Prevent Brazil From Purchasing Pantsir-S1 From Russia - Ambassador
In the conversation with Volodin, Temer noted that he liked the speaker's proposal to develop and deepen cooperation between the Russian and Brazilian parliaments.

"It is necessary to move to the wider issues, including economic cooperation," Temer further added.

As part of the meeting, Brazil's president invited Volodin to visit the country.

The talks between Temer and Russia's President Vladimir Putin are also expected to take place as part of the former's two-day visit to Russia. On Monday, Brazil's Foreign Minister Aloysio Nunes Ferreira said in an interview to Russia's Rossiyskaya Gazeta newspaper that the two leaders were expected to discuss a wide range of issues including but not limited to the issues of preserving peace, the fight against international terrorism and the situation around both North Korea and Syria.

Double Down! Brazil Moves to Drastically Boost Trade With Russia