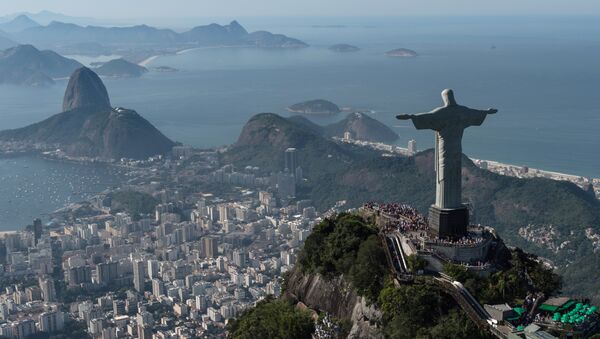 © AFP 2023 / YASUYOSHI CHIBA
Subscribe
International
India
Africa
Brazil's President Michel Temer on Tuesday called on Russian businesses to invest in the development of infrastructure in the Latin American country, including its ports and roads.

MOSCOW (Sputnik) — Earlier in the day, the Brazilian leader arrived in Moscow to hold a number of visits with the Russian leadership.

"We are implementing a program of privatization of a state property and granting of concessions. During the visit I will meet with Russian investors and I want to invite them to make their investments more actively into sectors of our economy including energy, roads, railroads, ports and airports," Temer said during his meeting with Russian lower house of parliament speaker Vyacheslav Volodin.

According to the Kremlin press service, on Wednesday, Temer will meet Russian President Vladimir Putin and the two leaders will sign a number of bilateral documents. Brazilian Foreign Minister Aloysio Nunes said that the presidents could discuss a number of issues, including counterterrorism and the crises in North Korea and Syria.