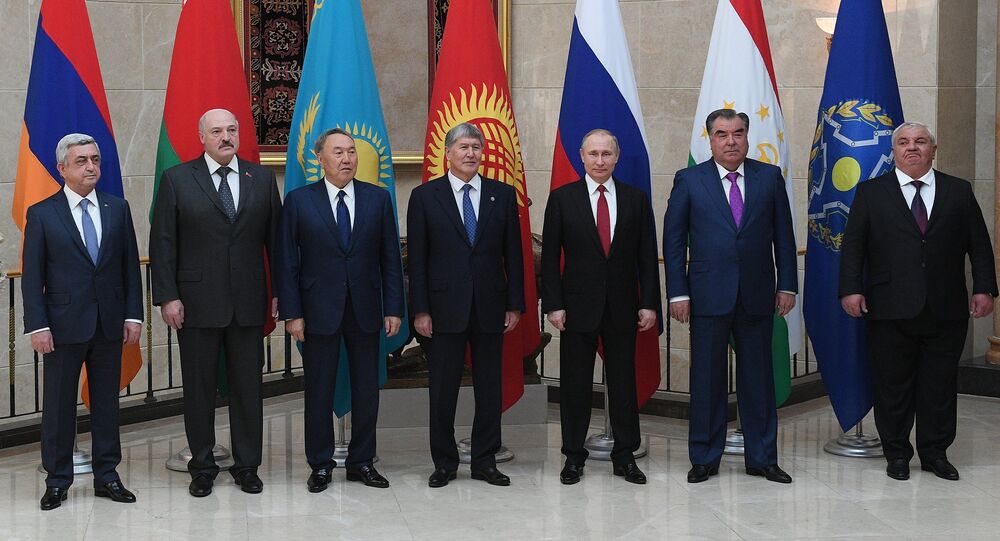 While members of the Collective Security Treaty Organization are actively exchanging the data necessary to counter information security threats, not all resources in this sphere have been used, Russian Security Council Secretary said Thursday, adding that it was therefore necessary to increase the effectiveness of such an interaction.

© Sputnik / Ramil Sitdikov
Security Threats Against CSTO States Aimed Against Russia as Well – Deputy PM
MINSK (Sputnik) – Speaking at a meeting of secretaries from each of the CSTO member states' security councils in Minsk, Patrushev noted that the necessary information exchange proceeds with high intensity within the framework of the CSTO consultative and coordinating center for response to computer incidents.

"Noting this positive dynamics, I should say that not all the resources in this direction have been used, and it is necessary to improve the effectiveness of our interaction," Patrushev said.

According to Patrushev, the CSTO secretariat together with experts of a working group prepared a draft agreement on cooperation between the member states of the organization in the field of information security.

"I believe that we have the opportunity to sign an agreement this year," the official added.

The CSTO alliance currently has six member states: Armenia, Belarus, Kazakhstan, Kyrgyzstan, Russia and Tajikistan. The organization was established on the basis of the Collective Security Treaty and signed by Commonwealth of Independent States (CIS) members on May 15, 1992. Former member state Uzbekistan announced the suspension of its CSTO membership in 2012.