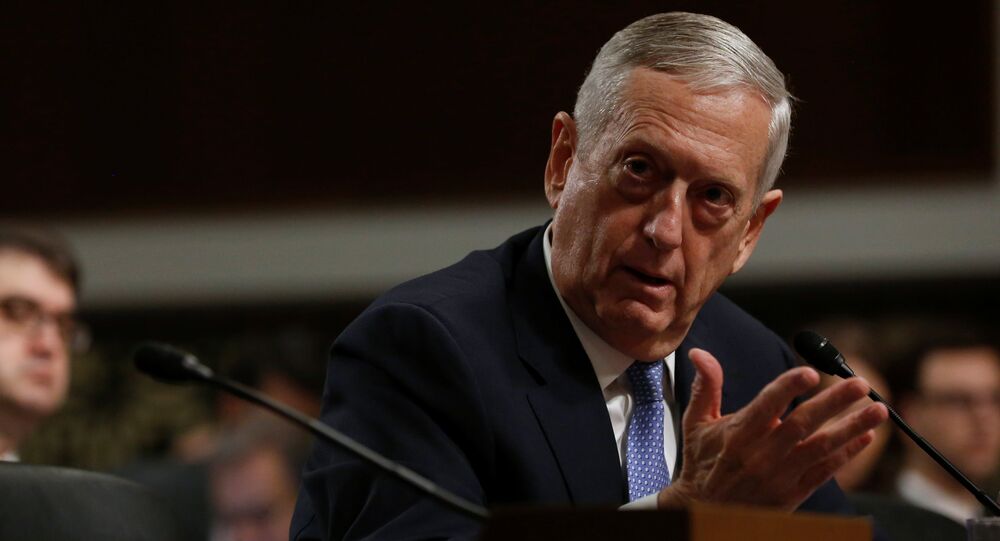 US Defense Secretary has accused the Syrian government of violating its international obligations by retaining part of chemical weapons.

"The bottom line is there can be no doubt in the international community's mind that Syria has retained chemical weapon in violation of its agreement. And it stated that it had removed it all," Mattis said warning Damascus against using such weapons in the future.

On April 4, the Syrian opposition accused the Syrian army of using chemical weapons in the province of Idlib, which reportedly resulted in dozens of deaths. Damascus refuted the accusations, saying all chemical weapons had been destroyed under the supervision of the Organization for the Prohibition of Chemical Weapons (OPCW).

In response to the incident, the United States conducted missile strikes against Syria's Ash Sha’irat airbase.

© REUTERS /
MOAB Strike Reveals More About Trump Than Previously Thought
Moreover, the Syrian army has dispersed its aircraft across the country following the US missile attack on a Syrian airfield, US Defense Secretary James Mattis said Friday.

The United States launched 59 Tomahawk cruise missiles at the Sha'irat air base in Homs in response to a suspected chemical attack in the Idlib province, which the West blamed on Damascus. The Syrian government denied the accusations saying it possessed no chemical weapons.

My Nightmare in Uruguay: Refugees Plead With UN to Go Back to Syria