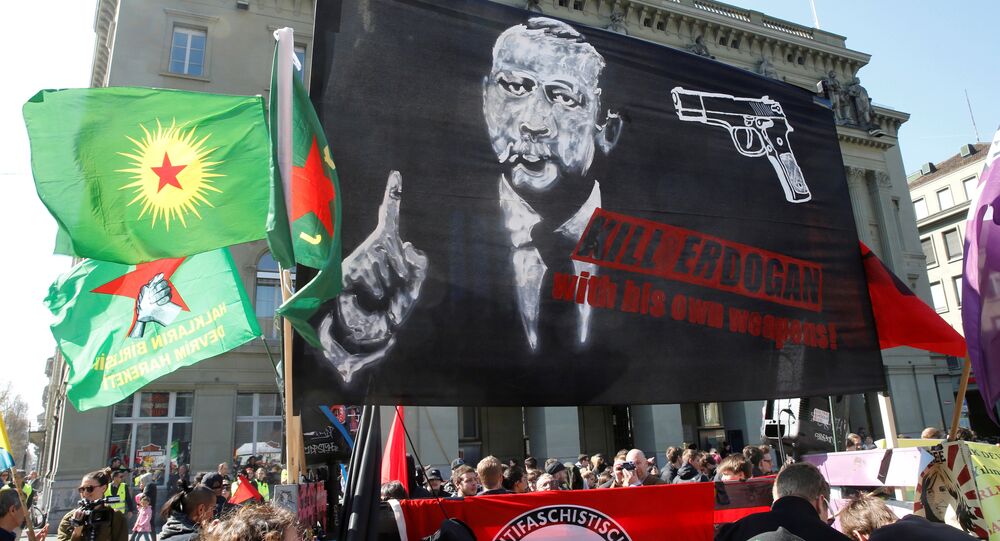 Turkey will hold a referendum on Sunday on controversial changes to its constitution, and Turkish President Recep Tayyip Erdogan is urging voters to say yes to amendments that opponents say will establish or solidify a dictatorship.

If passed, the amendments to the constitution would dramatically expand Erdogan's powers. The president, a role which is now largely ceremonial, would become the country's chief executive, have dominant power over the judiciary and be much more powerful than the Parliament.

"If you ask me, actually it… brings some kind of a sultanate or, let's say, constitutional monarchy," Ceyda Karan, a columnist at Cumhuriyet Daily, told Radio Sputnik's Brian Becker.

"It's understandable for everyone that we will lose our representative democracy with this new constitution. But it's hard for us to tell the people because they are using all their opportunities, and they are using religion heavily. Two days ago the president compared himself with an Islam prophet."

© Sputnik / Andrey Stenin
'Not on Our Agenda': Erdogan Rules Out Federalization of Turkey
Ahsen Akdal, a writer with the Turkish newspaper SoL, said that while Erdogan is exploiting all opportunities, including state media, to promote a "yes" vote, "no" voters can only campaign in the streets, and even there they meet repression.

"We're going on a referendum in a state of emergency, so police have the right to take people under custody for 30 days, and this is a great pressure and repression on the opposition," Akdal said on Becker's Loud & Clear broadcast.

No one is officially taken into custody for saying no, Akdal explained. Instead, they're detained on other technicalities.

​He warned that Erdogan's policy is very dangerous, for he is polarizing Turkish society.

"They are implying or sometimes explicitly uttering that the ‘no' voters are knowingly or unknowingly siding with the terrorists or foreign enemies of the nation," Akdal said.

"Just recently, for example, an attorney general wrote on Twitter that after the elections, ‘no' voters may be treated as terrorists and there may be filings against them."

According to Karan, although "yes" campaigners currently slightly lead in polls, it is hard to make any predictions, and political tension in the country is extremely high.Since the failed coup in July 2016, more than 130,000 teachers, civil servants, academics and state officials have been fired, and nearly 50,000 arrested, according to Turkey Purge.