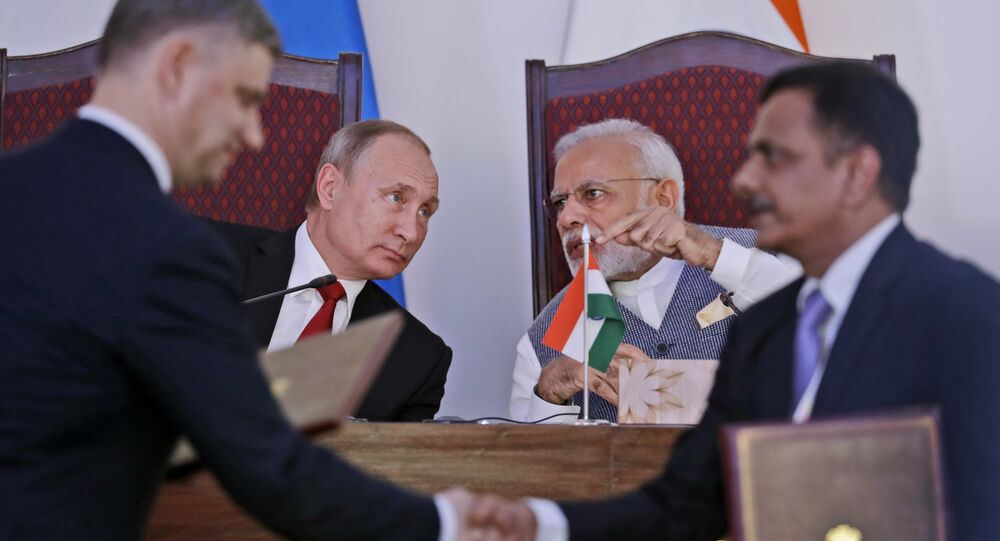 The Indian cabinet, at its meeting chaired by Prime Minister Narendra Modi, has been appraised of the memorandum of understanding (MoU) between India and Russia for cooperation in the field of Science and Technology which was signed in October last year. The cabinet later approved the MoU.

© AP Photo / Vadim Ghirda
Ukraine Dismantling Its Own Shipyard Industry to Try to Exact Revenge on Russia
New Delhi (Sputnik) – Under the MoU signed between India and Russia in October 2016, the two countries agreed to exchange information about conferences, forums, exhibitions, seminars that are of mutual interest. The MoU will remain valid for a period of five years and could be extended for further five years.

Accordingly, both the countries will support and provision of conditions for the formation of scientific projects aimed at the conduct of joint research, themes of which are determined jointly.

Both India and Russia will conduct joint scientific events aimed at establishing direct connections between scientists of the two countries in the fields determined mutually. There is also the provision of media coverage of the joint scientific activity aimed at the popularization of science.

Further, as per the provisions, India and Russia will develop interdisciplinary and multi-institutional projects with the involvement of industry.

India-Russia signed 16 agreements including the MoU in Science and Technology during the Annual Summit-level meeting between Indian Prime Minister Modi and Russian President Vladimir Putin on the sidelines of the BRICS Summit in Goa in October 2016.