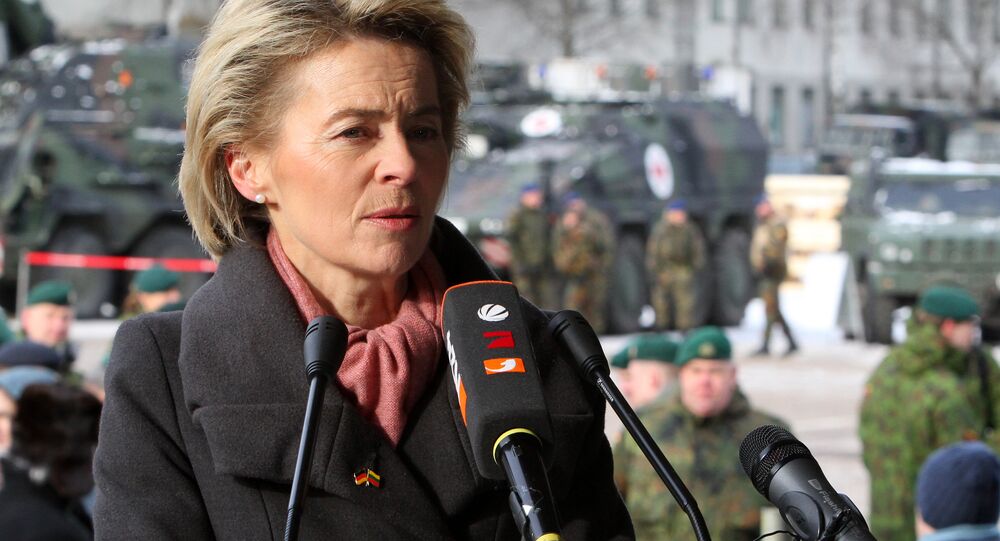 German Defense Minister Ursula von der Leyen stated that Germany does not have any debts to NATO refuting US President Donald Trump's allegations.

On Saturday, Trump wrote on Twitter that Germany owed "vast sums of money" to NATO, following the meeting with German Chancellor Angela Merkel.

"There are no debts to NATO. It is wrong to associate the 2- percent military spending, which we want to reach in the middle of the next decade, only with NATO," von der Leyen was quoted as saying by the N-tv broadcaster.

© REUTERS / Jonathan Ernst
Money Comes First: Trump Claims 'Germany Owes Vast Sums' to NATO, US for Defense
The defense minster stressed the need for a modern security concept so that the burden could be equally shared. This, according to von der Leyen, includes a modernized NATO and a European defense union as well as investment in the United Nations.

The target of spending 2 percent of the GDP mandated by NATO was adopted at the Alliance's September 2014 Summit in Wales, with only five countries, including the United States, meeting the required standard, according to NATO figures. Merkel has repeatedly said that Berlin will fulfill its commitments concerning the military spending through 2024.