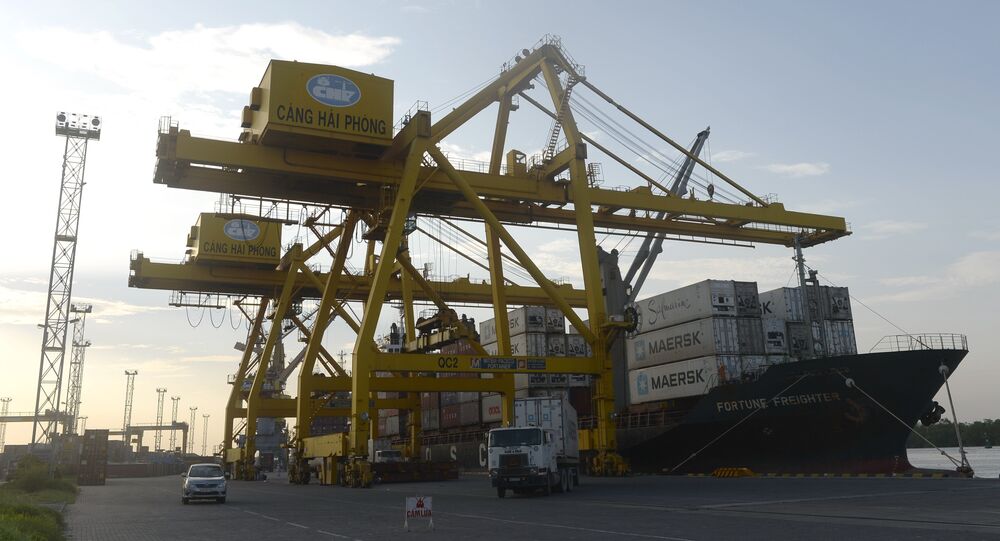 Total trade turnover between Russia and Vietnam is due to reach a record ten billion dollars annually by 2020, according to Russian Deputy Prime Minister Yury Trutnev.

In an interview with Sputnik, Truong Son Le, director general of the Incentra, one of the largest Vietnamese investment companies in Russia, specifically mentioned a free trade agreement which he said will help the two countries implement this ambitious task.

"Excellent opportunities are being opened by Vietnam's Free Trade Agreement with Russia and other countries of the Eurasian Economic Union, which entered into force in October 2016. This is the unanimous opinion of all Russian and Vietnamese entrepreneurs with whom I've recently communicated," he said.

He recalled that since October 2016, Vietnamese goods exports to Russia have increased at least twofold and that new opportunities have emerged for investment activities between businessmen from both countries.

"Even more important are the links between the separate regions of the two countries, which will give an additional impetus to the expansion of bilateral trade turnover," he added.

Trutnev, for his part, said during the course of his visit to Vietnam that Russia's Far East will add significantly to bolstering bilateral economic ties; the two countries' trade turnover in this region stood at 90.2 million dollars last year.

© Photo : Almaz Central Marine Design Bureau
Superior in Every Way: Why Vietnam Wants Russia's 'Dolphin' Rescue Ship
Additionally, the Far East offers cooperation in the field of shipbuilding and port facilities, as well as the creation of joint ventures in the agriculture and fish processing sectors.

Meanwhile, Vietnam's TN True Milk company has already signaled its readiness to cooperate with its counterpart in the Russian Far East.

Having invested about one billion dollars in dairy farming projects in Central Russia, the company said it is ready to invest an even bigger sum in the production of dairy products, as well as the cultivation of fruits and medicinal herbs in Russia's Far East.

President of Vietnam to Visit Russia in June

Vietnam, Russia in Talks on Modernizing An-2 Planes - Russian Institute