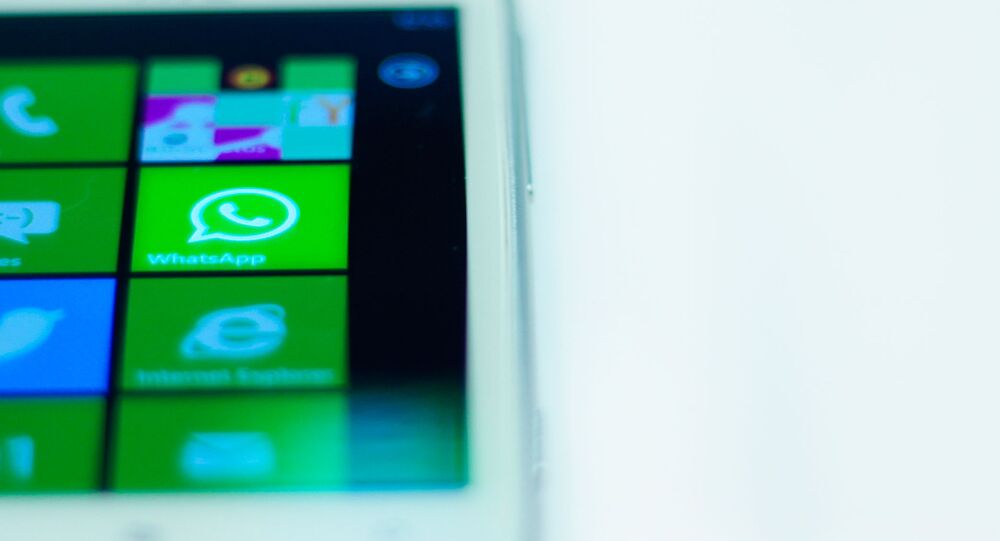 MOSCOW (Sputnik) — According to the organization, the CIA has several units specializing in malware designed for specific smartphone operating systems, with dedicated branches for Apple's iOS and Google's Android.

"These techniques permit the CIA to bypass the encryption of WhatsApp, Signal, Telegram, Wiebo, Confide and Cloackman by hacking the 'smart' phones that they run on and collecting audio and message traffic before encryption is applied," the WikiLeaks press release said.

© AFP 2021 / DANIEL ROLAND
'Vault 7': WikiLeaks Reveals US Consulate in Frankfurt Serves as Secret CIA Hacker Base
The CIA reportedly failed to disclose serious vulnerabilities, also known as "zero days," of various technology products and proceeded to use them to target the relevant software.

Earlier on Tuesday, the WikiLeaks began to release what it said was an unprecedentedly large archive of CIA-related classified documents.

Efforts to Cure Violence in America; Is WhatsApp Sharing Your Data?