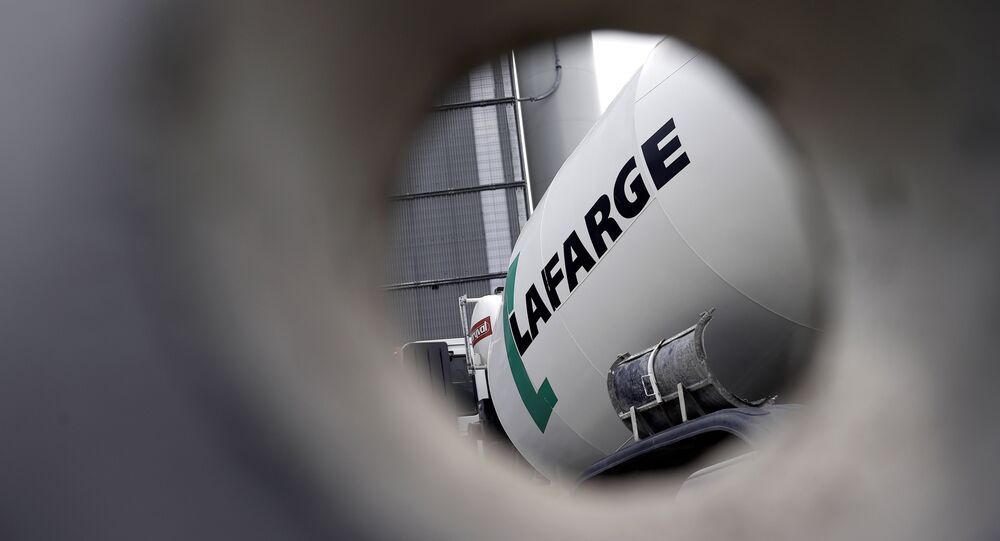 Some 200 documents that Sherpa, a Paris-based association established to defend victims of economic crimes, filed as part of its lawsuit against LafargeHolcim, indicate that there "indeed could have been a link" between Daesh and one of the world's largest manufacturers of building materials, Sherpa's Head of Litigation told Sputnik France.

Earlier this week, LafargeHolcim admitted that the Syrian branch of the company paid armed groups "to maintain operations and ensure safe passage of employees and supplies" to and from the Jalabiya cement plant. The facility, operational since 2010, was shut down in September 2014.

© AFP 2021 / FRANCK FIFE
France Should Do 'Very Simple Things' in Syria, Not Sue Over Cement
The multinational did not specify what groups received funds from the company, saying that its investigation "could not establish with certainty the ultimate recipients of funds beyond those third parties engaged." But in 2016 Le Monde said that LafargeHolcim indirectly financed Daesh.

Marie-Laure Guislain, Head of Litigation at Sherpa, suggested that such revelations and two lawsuits, one filed by Sherpa and the European Center for Constitutional and Human Rights and the other one filed by the French Finance Ministry, forced LafargeHolcim to launch a probe into the matter.

"I also think that the company wants to save face and look accountable when it comes to its relations with shareholders. We also think that Lafarge is trying to shift responsibility away from its headquarters and onto its Syrian branch," she said.

Sherpa filed its lawsuit on November 15, 2016, accusing the company of terrorism financing, complicity in war crimes and crimes against humanity.

Marie-Laure Guislain further mentioned that Sherpa was urging French authorities to adopt a tough law that would make multinational companies responsible for the activities of its subsidiaries and contractors operating overseas. These efforts were repaid earlier this year.

"On February 21, 2017, France passed historic legislation that allows victims of economic crimes to get justice," she said. "We are concerned that the Constitutional Council which is reviewing the new law could overturn the bill to promote the freedom of enterprise, like it happened before. This is why we are urging the Constitutional Council to give priority to human rights and not the freedom of enterprise."