France Should Do 'Very Simple Things' in Syria, Not Sue Over Cement 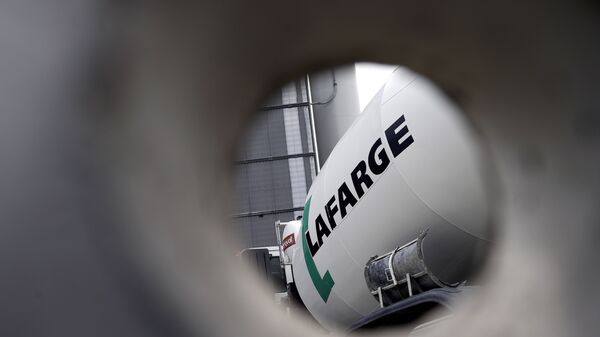 France's Finance Ministry has filed a lawsuit against the French industrial company Lafarge over one of its cement plants reportedly operating in Syria despite European sanctions.

France's Fillon Camp Distances From Assad's Praise of His Stance on Syria
The French industrial company Lafarge is being sued by the country's Finance Ministry over one of its cement plants allegedly operating in Syria in spite of European sanctions slapped in May 2011.

In an interview with Sputnik France, Nicolas Dhuicq of the French Parliament's Lower House specifically drew attention to the fact that information about a Lafarge cement plant operating in Syria in the face of the sanctions has yet to be verified.

"However, I think that it is always useful to know the truth, and as for France, it unfortunately isn't present in Syria; neither in a diplomatic nor an economic capacity," he said.

He added that as far as France's presence in Syria is concerned, "it would be interesting for France to do very simple things there, for example, to finance the new French school in Damascus, give assistance to a French hospital in Damascus and establish bilateral diplomatic relations."

As for the future of Syria with respect to France, he went on to say, we all hope that Syria will sooner or later get rid of Islamists and will begin to deal with a restoration process, during which "the Syrians will recall who helped them and who turned away from them."

"Russia, China and Iran are bound to take part in Syria's reconstruction. If the Russian and US Presidents manage to arrive at a consensus on the matter someday, the return of American companies to Syria is quite likely even though right now, it looks like a very distant prospect," Dhuicq  concluded.