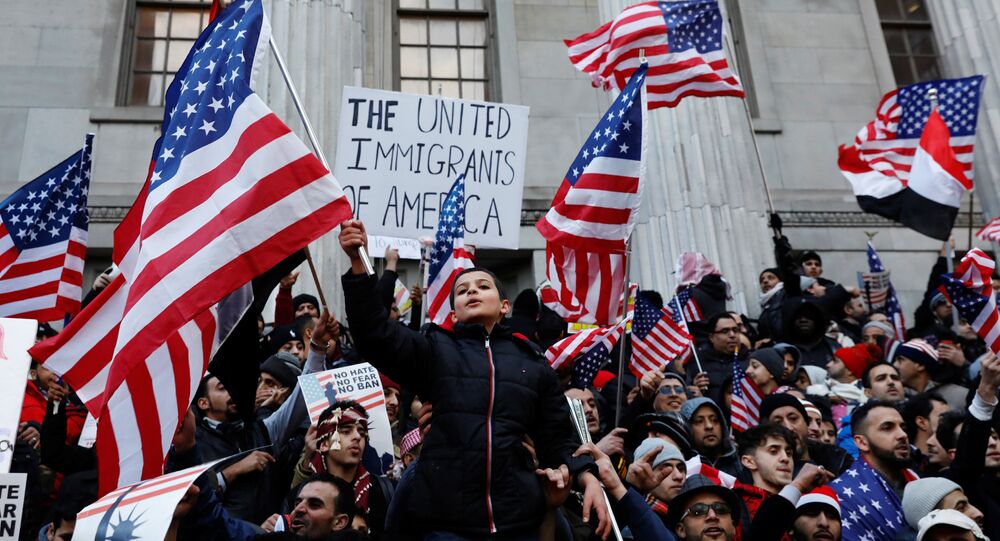 "I also worry about this [the ban] creating a recruiting tool for the extremists… that they will point to this proof that there is, in fact, a war on all Muslims," Clapper stated in the interview to CNN.

On Thursday, the US Ninth Circuit Court of Appeals upheld the suspension of Trump's executive order based on grounds that the travel ban failed to afford due process to those affected by the restrictions.

© AP Photo / Brennan Linsley
US Federal Court to Announce Ruling on Trump Travel Ban 'As Soon As Possible'
Clapper added that he received no credible information of any "extraordinary threats" to the US national security that would prove the urgent need for the temporary ban.

The former intelligence chief also argued that the United States is using extremely thorough vetting processes for refugees and continues to improve them.

Air Travel to US Drops 6.5% After Trump Travel Ban