Speaking at his year-end press conference in Moscow last Friday, Russian President Vladimir Putin specifically touched upon the situation in Syria, where he said a ceasefire should be established throughout the country. 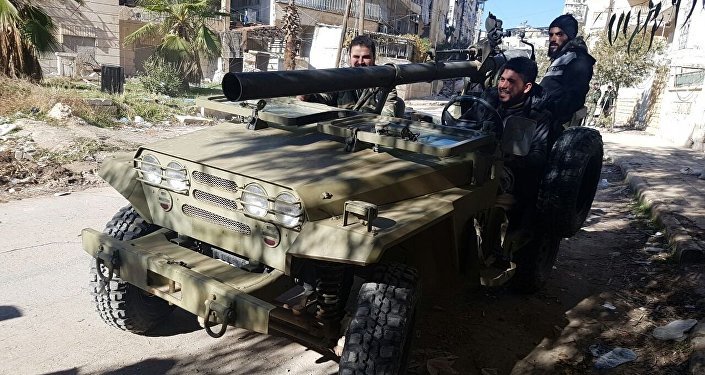 Putin said that after the liberation of the northern Syrian city of Aleppo, "the next stage should be a cease-fire throughout Syria, and the launch of talks on a political settlement."

In an interview with Sputnik Brazil, Creomar de Souza, a foreign affairs expert and professor at the Catholic University of Brasilia, applauded Putin's stance on Syria.

"Vladimir Putin's position in relation to this subject, and particularly with regard to Russia's support for Syrian President Bashar [Assad], indicates that Russia is serious about a joint fight against terrorism," Souza said.

He added that "Putin also called on the US and EU countries to join forces against this common enemy of mankind. He emphasized that Russia is always ready to conduct a dialogue with all its partners."

Souza was echoed by Bogdan Bezpalko, a member of Russia's Presidential Council for Interethnic Relations, who touted Russia's role in resolving the Syrian conflict.

"We helped [Syrian President] Bashar Assad liberate Aleppo although we were actually forced to adhere to the so-called 'humanitarian pauses' and to leave Syria and Aleppo. So, while playing by the rules, we can win and show the world that we stick to all the written and unwritten rules," Bezpalko said.

"We are trying to observe then comprehensively, and we are also using all the possibilities for a dialogue, including within the framework of the Normandy Format, which still makes sense," according to Bezpalko.

During Friday's press conference, Putin admitted that the implementation of the Normandy Format resolution to the conflict in Ukraine has been sluggish, but insisted that without this mechanism, the situation in Ukraine would deteriorate further.

Sputnik military expert Le The Mau, in turn, said that "by liberating the city of Aleppo, Russia, together with the Syrian government troops, won a strategic victory which creates conditions for a political solution to the Syrian crisis."

Mau added that "Vladimir Putin has once again proved that under his leadership, Russia will be able to overcome all the problems and reach sustainable development." 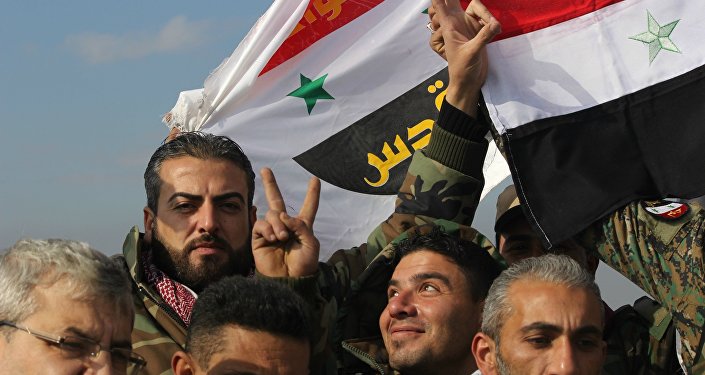 © Photo : Vanessa Beeley
Aleppo Liberation: French Became 'Victims of Misinformation About Russia, Syria'
This can be attributed to President Putin's personal traits, including his expertise and patriotism, as well as the fact that all his policy decisions are based on the fundamental principles of international law, according to Mau.

"The most obvious manifestation of this is the decision regarding Crimea's reunification with Russia and the campaign against terrorism in Syria," Mau concluded.

On December 16, the Russian Defense Ministry's Center for Syrian Reconciliation said that the Syrian Army's operation to liberate Aleppo's eastern neighborhoods was over, and that Syrian government troops were eliminating separate militant-held pockets of resistance.