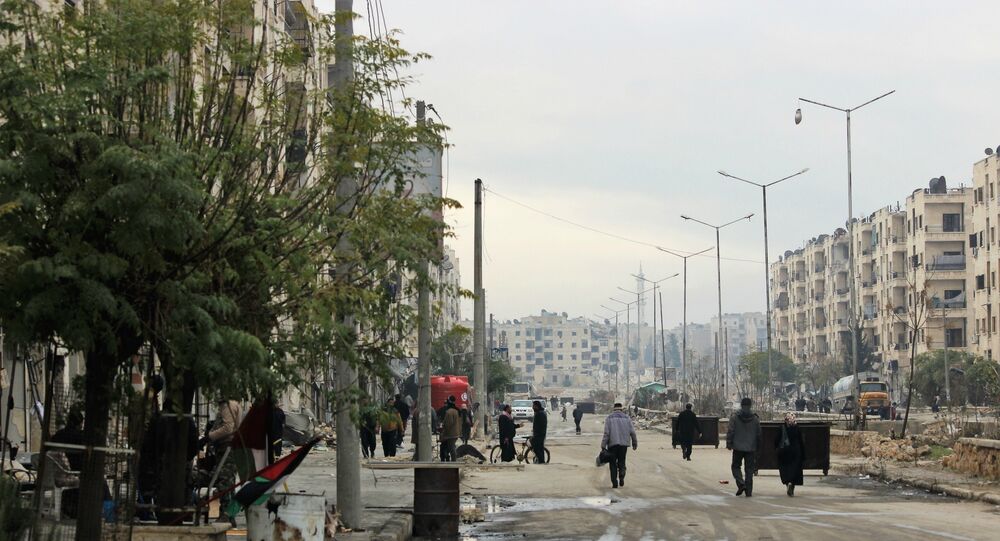 Liberation of Aleppo would not have been possible without the participation of the Russian Federation, especially at the final stage, Russian President Vladimir Putin said at the year-end press conference.

"And it was extremely important at the final non-fighting stage. We evacuated thousands and tens of thousands, and those were not only radical groups, but also women and children. We are talking about 100,000 people who have been taken out from Aleppo," Putin said.

Putin noted that the successful completion of the operation to liberate Aleppo has been made possible due to the efforts taken by Russia, Turkey and Iran, as well as the strong commitment of the Syrian leadership.

The president also noted significance of no combat operation in last stage of Syria's Aleppo liberating. And the evacuation of people from the city is the biggest humanitarian operation in the world, he added.

"We are talking about over 100,000 people who have been evacuated from Aleppo… It is the largest, I want to underline, international humanitarian operation currently and in the modern world," Putin said.

On Thursday, the Syrian army announced that Aleppo had been completely liberated from terrorists and is under control of government forces.

© AP Photo
Operation to Retake Aleppo Conducted in Close Contact With Turkey, Iran – Shoigu
Earlier in the day, Russian President Vladimir Putin said that the liberation of Aleppo is a crucial part of the full normalization of the situation in Syria and the Middle East region as a whole.

"The liberation of Aleppo from the radical element is the most important component of a full normalization in Syria, and I hope in the region as a whole," Putin said at a meeting with Russian Defense Minister Sergei Shoigu.

According to Putin, the operation to retake the city and to evacuate people from it was completed with the "direct, if not decisive, participation and influence of our military personnel."

"With our partners from Iran and Turkey and of course the Syrian leadership and other countries in the region, with all interested states, we will have to continue to work on the final reconciliation," Putin added.