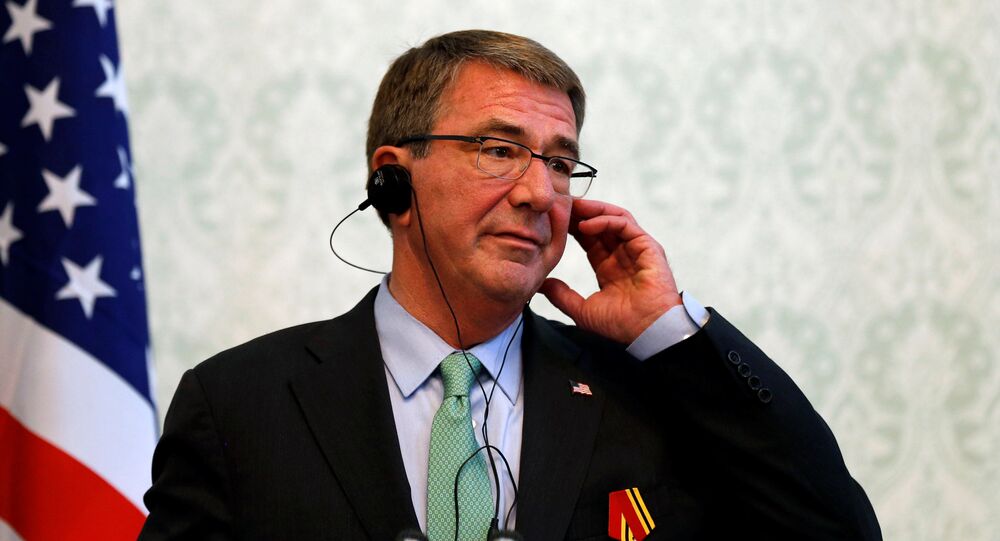 Japan and the United States have reached a crucial deal on the status of Pentagon’s civilian workers stationed in Okinawa, the US defense secretary announced.

© AFP 2020 / TORU YAMANAKA
US to Formally Return Okinawa Land to Japan After Decades of Control
WASHINGTON (Sputnik) – The new deal, which comes half a century after the initial arrangement, clarifies the scope of US armed forces’ civilian component in Japan. About 75 percent of US military assets in Japan is based in the southern island of Okinawa.

"I am pleased that the United States and Japanese negotiators have successfully reached an agreement in principle that clarifies the scope of the civilian component of the U.S. Armed Forces in Japan… I commend the work of both governments in completing the negotiation of this important agreement, which we expect to be finalized soon," Ashton Carter said in a statement released Sunday.

Carter and Japan’s then Defense Minister Gen Nakatani made a commitment to reaching a new agreement in June. Carter said it demonstrated close cooperation between the two nations in strengthening the US-Japanese alliance.

Heavy US military presence in Okinawa has sparked outbursts of popular anger for years due to associated crime, pollution and aircraft crashes. Last May, a US civil worker at the Marine Corps base was arrested for raping and killing a young Japanese woman. US civilian and military personnel at the base are largely protected from Japanese prosecutors.

Last week, the United States returned almost 10,000 acres of land in Japan’s Okinawa prefecture back to Tokyo after decades of having a military base there.