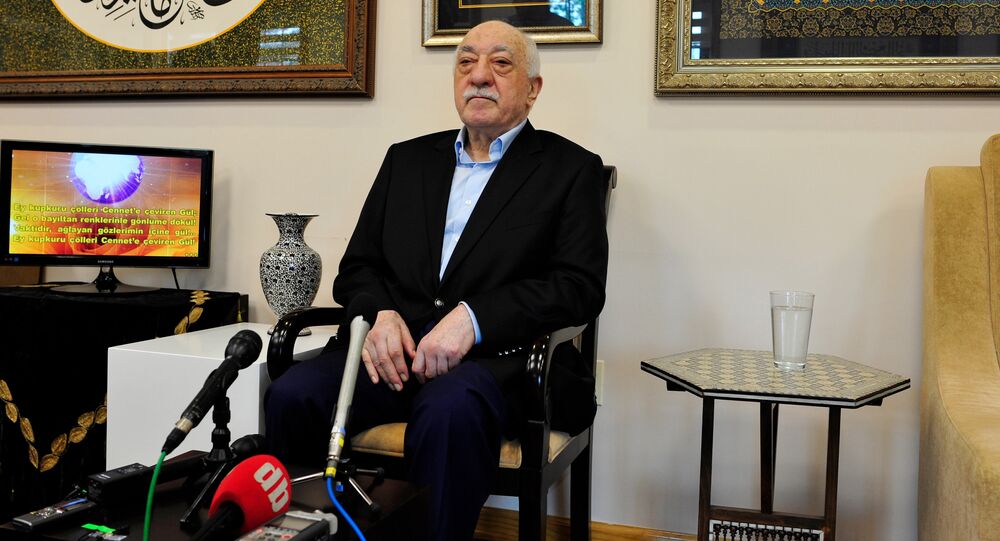 Robert Amsterdam, international lawyer representing Turkey in its case against Gulen, called Gulen movement a "multi-billion dollar, multi-level criminal organization," and "truly a danger for stability in the world."

© REUTERS / Charles Mostoller
Erdogan’s Chief Advisor Claims Killer of Russian Envoy Tied to Gulen Movement
MOSCOW (Sputnik) — Gulen movement is a multi-billion-dollar criminal structure that has a heavy political influence in various countries, including in the United States, and takes advantage from the West’s ignorance of Islam, Robert Amsterdam, international lawyer representing Turkey in its case against Gulen, told Sputnik on Tuesday.

"The Gulen organization is much more than some cleric in Pennsylvania. It’s a multi-billion dollar, multi-level criminal organization, and it is truly a danger for stability in the world. It really needs to be investigated closely in respect to this horrible attack [murder of Russian Ambassador to Turkey Andrey Karlov]," Amsterdam said.

"It’s a terrible state of facts, but the organization takes advantage of the West’s ignorance of Islam. … They have a massive political impact on the United States," he added.

The lawyer explained that the presidential campaign of Democratic nominee Hillary Clinton received major donations from the movement.

"The Democrats, rather than talking about the Russian hack, actually need to talk about the Gulen hack. There were millions of dollars Gulen tunneled into the campaign trying to assist Hillary Clinton," Amsterdam said.

© REUTERS / Charles Mostoller
Gulen Movement Finances Clinton’s Election Campaign - Turkish President Erdogan
Commenting on the murder of the Russian ambassador by an Ankara police officer, the lawyer said that it was a provocation and thus Russia and Turkey should further boost cooperation.

"Having watched the video of this secular policeman making a statement that relates to Aleppo, I think this is a warning for everyone not to take the easy answer, but to really study this deeper. It will bring Russia and Turkey closer together. I see both leaders understanding very well that this was a provocation, and the best way to answer a provocation is to, in fact, further stabilize the relationship," Amsterdam said.