The European Parliament’s resolution against Russian media is a result of the panic among European establishment after Donald Trump’s victory in the US presidential election, Serbian filmmaker Emir Kusturica told Sputnik on Thursday. 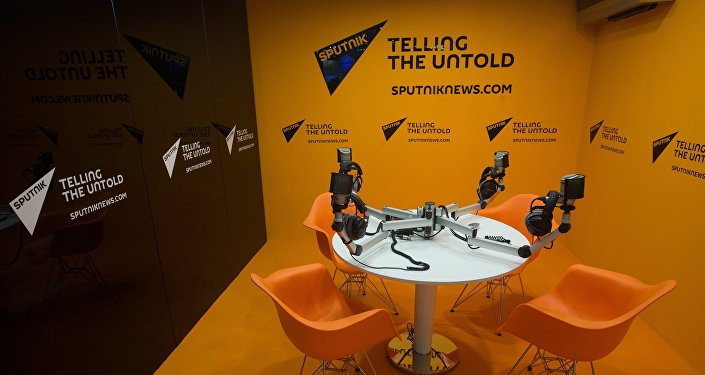 © Sputnik / Igor Russak
Moscow Demands That OSCE Adequately Respond to EU Resolution Against Russian Media
MOSCOW (Sputnik) — On Wednesday, the European Parliament voted in favor of a resolution on countering Russian media outlets, such as the Sputnik news agency and the RT broadcaster. As many as 304 voted in favor of the document, 179 voted against and 208 abstained. With a total of 691 officials taking part in the vote, less than half supported the resolution.

"If there was no such panic that occurs after a change of the master, who will apparently behave in a different way, I mean after the US elections, I would maybe accept the idea that they are really against someone who is telling the truth, and, according to their logic, becomes the center of propaganda. But the truth is not propaganda, with a few exceptions," Kusturica said.

© Flickr / European Parliament
EU Adopts Resolution on Russian Media Amid Panic, Disunion - Swiss Press Club
He added that the panic was caused due to lack of coordination between the new US political establishment and the former one headed by the Clinton family and George Soros.

Kusturica stressed that the idea of comparing RT and Sputnik to Daesh lacked a significant part, describing the origins of the IS.

"The idea to compare two young and high-quality media with Daesh lacks the part telling who really created the extremist organization — West, East, or whether it is a self-sufficient organization?" Kusturica added.