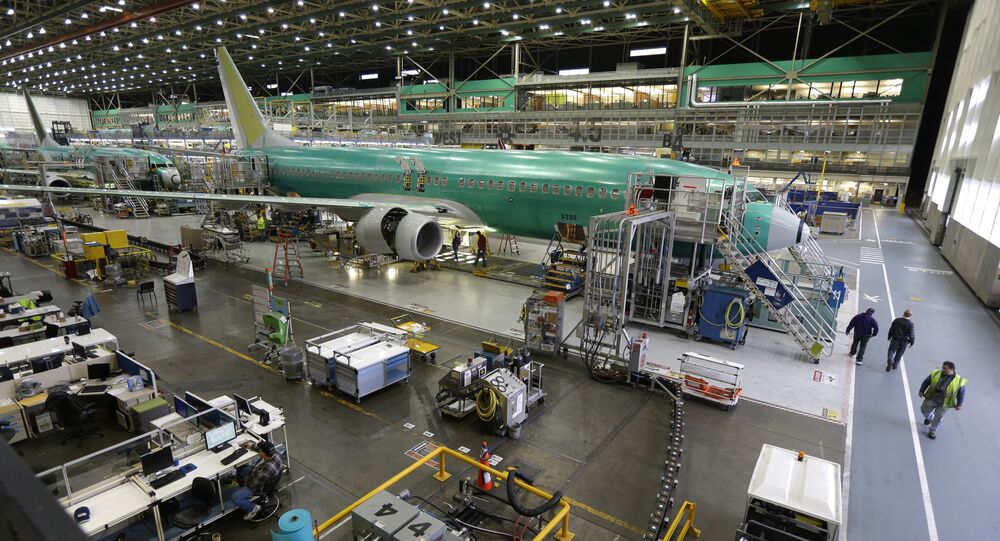 Donald Trump has vowed to abandon the Trans-Pacific Partnership, which came as a nasty surprise to many of the participants to the deal, including Japan. Russian political scientists commented to Sputnik on the chances that the US president-elect will keep to his promise.

© AP Photo / Jae C. Hong
Trump's First 100 Days: 'He is Going to Move Pretty Fast and Pretty Fearlessly'
US President-Elect Donald Trump has unveiled his policy plans for the first 100 days in office, vowing to "issue a notification of intent to withdraw from the Trans-Pacific Partnership", which he called "a potential disaster" for the US.

Instead, he wants to negotiate "fair, bilateral trade deals that will bring jobs and industry back onto American shores."

Japanese Prime Minister Shinzo Abe was quick to say that the proposed agreement "has no meaning" without the US, thus warning the eleven remaining partners against going ahead with the deal without Washington.

Commenting on the announcement of the 45th US president, political analyst and specialist in Japanese affairs Dmitry Streltsov explained to Sputnik what factors might have caused Trump's negative view of the proposed partnership.

"There are opponents to the Trans-Pacific Partnership (TPP) in the US, who are concerned that cheap Japanese cars will flood their country immediately after its signing, and the workers in Detroit will be left unemployed as Japan's recognized product quality will certainly prevail over domestic American models," he told Sputnik.

"However I think that Donald Trump is cherishing the illusions of the 1980s here, when it was a real problem," he further added.

He then explained that back in the1980s, Japanese manufacturers flooded US markets stripping many Americans of their jobs. The Japanese market meanwhile remained closed to American agriculture products.

However the situation has greatly changed since then, Streltsov noted. The bulk of Japanese cars are now manufactured in the US, thereby investing vast resources into the American economy.

These investments, he said, create jobs for Americans. Besides, Japan no longer exports in such vast quantities as it used to. Japanese markets are no longer closed as they were 30-40 years ago. American agriculture products now freely reach the Japanese market.

"I think that Donald Trump will understand that there is no way of bypassing the TPP. There are too many interests behind it. And first of all, the interests of the American export lobby. There is practically no chance to turn it on a dime. Moreover, the process has gone too far in Japan," the expert said.

© AFP 2020 / Timothy A. CLARY
TPP Without US: Will China Step in to Replace Washington in the Agreement?
He therefore suggested that the supporters of the deal will make certain adjustments for it to become more acceptable to the US.

However another Russian political analyst and expert in Japanese affairs Andrei Ilyashenko was less optimistic about the deal, noting that Trump's recent remark is no longer a populist campaign promise but a policy announcement of the president-elect.

"There are no evident reasons why Trump the president would have changed his decision to withdraw from the TPP," he told Sputnik, recalling that the other presidential contender, Hillary Clinton also spoke out against the deal in her presidential campaign.

"It means there is a certain consensus in the US on the issue. Abe's numerous comments on the issue only prove how painful a possible abandonment would be for Japan," he told Sputnik.

It will have a certain impact on the already agreed upon plans to restore the Japanese economy, its relationship with China and negotiations with President Putin in December.

Prime Minister Abe won't have any easy victories, he said, and the months to come will only reveal whether he is able to lead the country in such a complicated and constantly changing geopolitical environment.