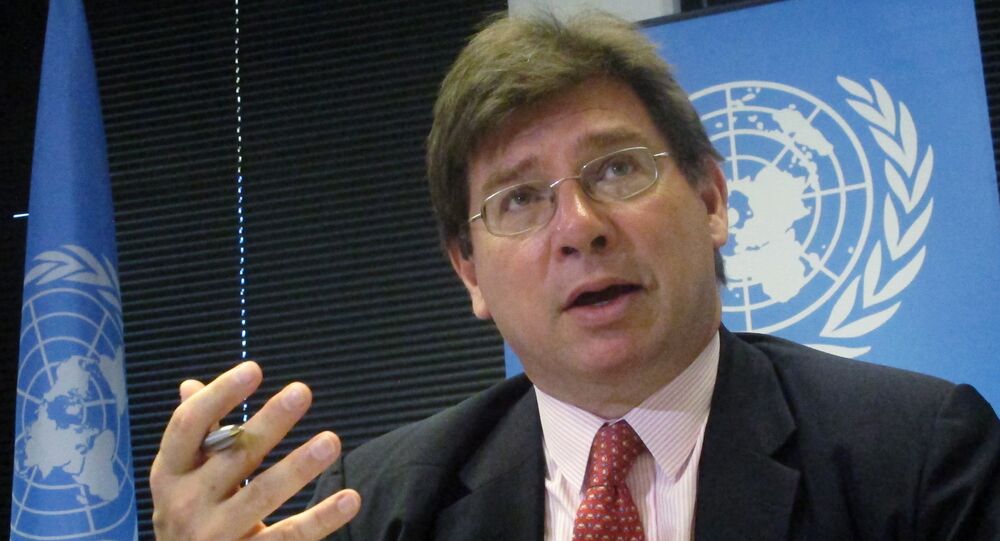 © REUTERS / David Gray
Bill Banning Undocumented Migrants From Entering Australia for Life 'Cruel'
MOSCOW (Sputnik) — UN Special Rapporteur on the Human Rights of Migrants Francois Crepeau criticized on Friday the Australian government for the cruel treatment of migrants and refugees, its detention policy and the attitude toward unauthorized maritime arrivals of asylum seekers.

"I think Australia is responsible for the damage inflicted to these asylum seekers and refugees, and that the confinement amounts to cruel, inhuman and degrading treatment or punishment," Crepeau said, as quoted by The Sydney Morning Herald.

The UN special rapporteur announced the completion of his 18-day mission aimed at investigating the treatment of detainees in Australia, with the official report by the United Nations to be released soon. The Australian government did not accept the comments made by the UN special rapporteur, citing factual inaccuracies and misleading characterizations, according to the Department of Immigration and Border Protection statement.

© AFP 2020 / PETER PARKS
Australian Discrimination Chief to Slam Senator for Muslim Migration Initiative
Australia's treatment of asylum seekers and refugees came under criticism in 2015 after almost 40 staff workers of Australian detention centers spoke out about the abuses that took place in the centers.

The offshore detention centers for refugees on Nauru Island and on Manus Island of Papua New Guinea were established by the Australian government. Currently there are almost 1,200 people detained in the camps. The camps appeared as a result of an inflow of unauthorized arrivals of asylum seekers on boats.