US Africa Command to Continue Supporting Libya Against Daesh

The US Africa Command will continue to support Libya’s Government of National Accord (GNA) after Libya joined the US-led coalition against the Daesh, the command’s spokesman Anthony Falvo told Sputnik on Thursday. 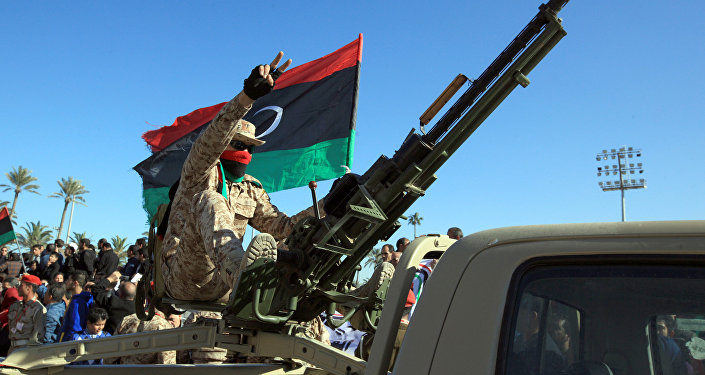 © AFP 2019 / MAHMUD TURKIA
Libya Joins US-Led Coalition Against the Daesh as 68th Member
WASHINGTON (Sputnik) – Earlier in the day, the Small Group of the Global Coalition to Counter the Daesh announced Libya had joined the coalition, which is part of US Central Command.

"We welcome today’s announcement and we will continue to support the GNA in its efforts to establish peace and security for the Libyan people in a united, sovereign Libya," Falvo stated.

As of November 15, US forces had conducted 391 airstrikes against the Islamic State around Sirte in support of GNA-aligned forces.

The Daesh gained a foothold in Libya in the turmoil following the 2011 ouster of the country’s longtime leader Muammar Gaddafi.