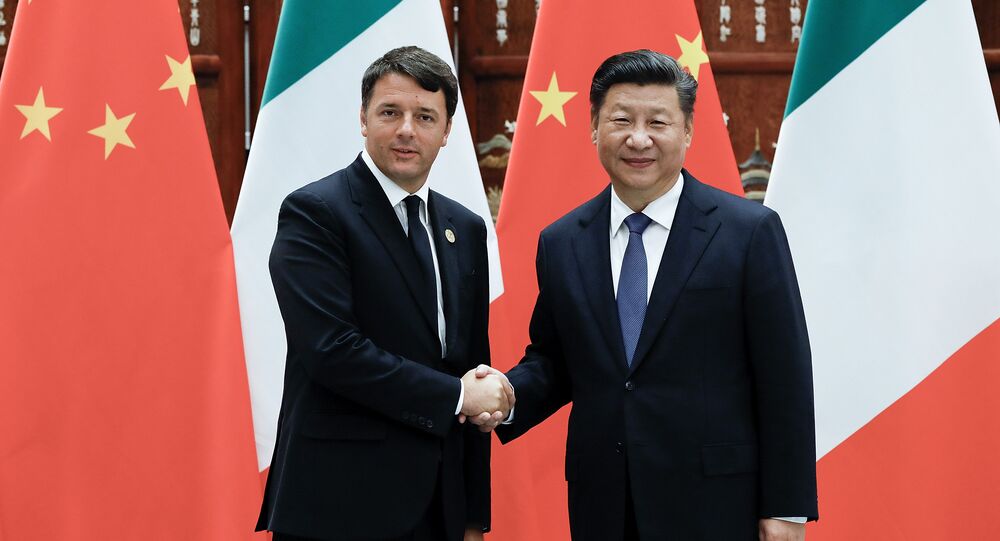 As China's President Xi Jinping is set to meet with Italian Prime Minister Matteo Renzi on the Italian island of Sardinia, Russian and Chinese experts explain to Sputnik what's at the heart of the upcoming meeting.

© Sputnik / Sergey Guneev
Contrary to West's Prognosis There is No Room for Rivalry Between China, Russia
China's President Xi Jinping is spending Wednesday on the Italian island of Sardinia in a stopover en route for a three-country tour of Latin America.

© Wikipedia / ahenobarbus
'Experience of a Lifetime': Russian, Chinese Journalists Kick Off Silk Road Trip in China
All the European partners then welcomed China's financial and technological cooperation in this project.

© AFP 2021 / Frederic J. BROWN
New Center of Power: 'China Insisting on Global Governance Reforms'
After the Brexit referendum, Italy's role in the EU is increasing, he said. Therefore,  favorable Chinese-Italian relations would be very useful for the development of Chinese-European relations, deepening of trade and economic cooperation and the resolution of certain burning international problems.

© AP Photo / Manuel Balce Ceneta
This is Why 'US Not in Position to Compete With China' After 25 Years of Hegemony
Another direction, he further said, is the construction of a nuclear power plant in Italy. China possesses both the financial and technological opportunities for it. The expert did not rule out the participation of France and Germany in the above projects as the largest exporters of nuclear services into the EU.