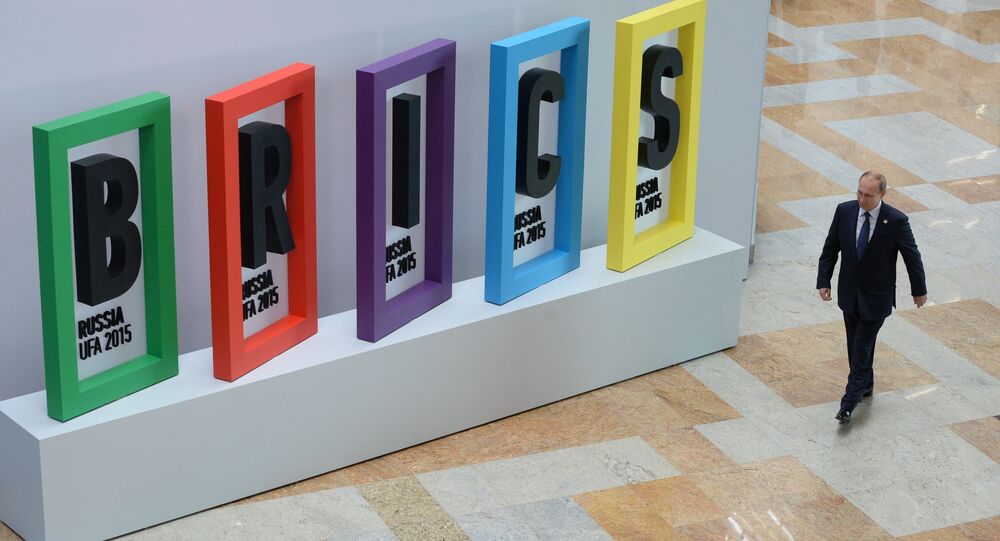 BRICS States Have Initiative on Repatriation of Assets Convention - Ambassador

There is an initiative within the BRICS member states to create a convention on the return of assets from abroad within the framework of anti-corruption campaign, the Russian ambassador to China said Tuesday.

Host photo agency
China Hopes to Strengthen Cooperation Within BRICS at Goa Summit
BEIJING (Sputnik) — He added that positions of the two nations on the issues of struggle against corruption coincided and the cooperation between Moscow and Beijing on the issue was quite effective.

"An initiative to propose international community to work out and sign a universal convention on the return of assets has come up in BRICS. It is an extremely important issue for China," Andrey Denisov told Russian media outlets.

BRICS is an association of five developing economies (Brazil, Russia, India, China, South Africa), which comprise over one third of the world’s population. The five nations have a combined nominal GDP equivalent to approximately 20 percent of world gross product.

After assuming office in 2012, Chinese President Xi Jinping launched a large-scale campaign against corruption, primarily targeting high-level officials in the Communist Party, the armed forces and state-run enterprises. Within the campaign, the Chinese Ministry of Public Security proposed an initiative aimed at recovering illegal assets from abroad.

India Most Rural Country in BRICS, Gov't Aims to Make it 'Mostly Urban' by 2050