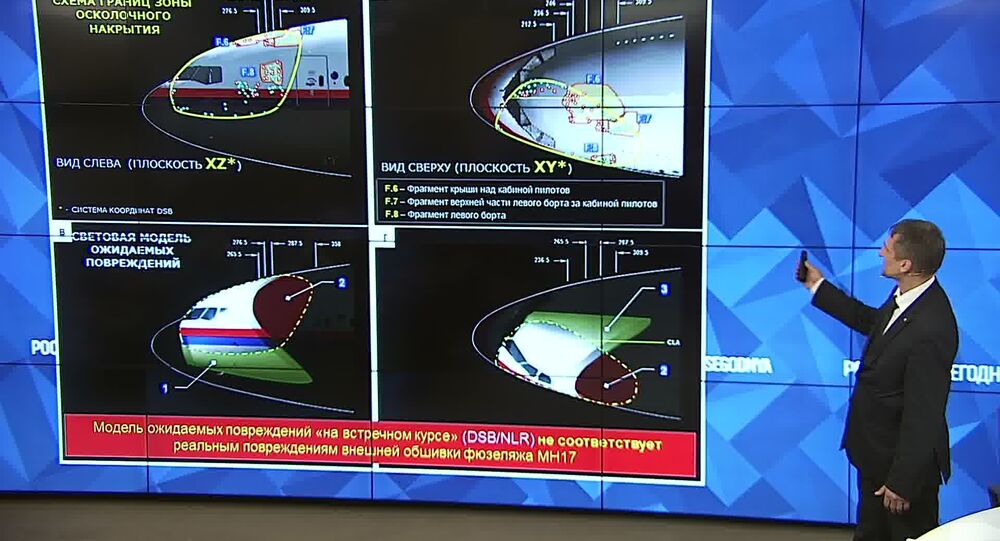 © Sputnik / Maksim Blinov
MH17 Crash: Dutch Investigators Turn Blind Eye to Russian Data
In an interview with Sputnik, German writer Brigitte Queck lashed out at the Dutch-led Joint Investigative Team (JIT)'s probe into the MH17 plane crash in Ukraine in 2014, which she believes is an attempt to discredit Russia. Queck is the author of a book titled "Ukraine in NATO's Focus. The Real Goal is Russia."

The interview came after the JIT made public a report on the details of the 2014 Malaysia Airlines MH17 plane crash, according to which it was downed by a Buk missile system which was allegedly brought from Russian territory.

The report claimed that that the plane was allegedly downed by a 9М38 missile launched from a Buk system, which was brought from Russia and later returned there. The plane crashed near the settlement of Pervomayskoe, which is controlled by Donbass militias.

"There is a drive to again defame Russia in front of the whole world, and therefore they search for a formal pretext to put Moscow in the pillory although all the proof provided by former Lufthansa pilot Peter Haisenko, not to mention the Russian experts, indicate that Russia is not to blame," she said.

She also referred to a piece of the plane body which she said was found on Ukrainian territory and which was removed and "not shown to the press at all."

According to her, there is a specialist in Russia who, in the wake of the MH17 plane crash, heard a conversation in which was unequivocally confirmed that the plane was shot down by "quite different people."

"The JIT did not take into account the standpoint of this expert. Therefore, I believe that Russia should not be upset about the fact that the investigation is being conducted by the so-called experts who claim the opposite," she said.

She added that a person who knows how to compare the facts simply cannot come to a conclusion that will differ from the one announced by Russian experts and witnesses.

"Additionally, there is evidence based on the radar data. The United States also has this information, but Washington did not publish it because it would show a completely different picture. The facts speak in favor of Russia, not against it," Queck pointed out.

In contrast with JIT allegations, Russia insists that the Buk missile was launched from an entirely different point, namely from the area near the village of Zaroshchenskoye, which was controlled by Ukrainian armed forces at the time.

© AP Photo / Peter Dejong
A Second Look at the MH17 Tragedy: 'If You Want Objectivity, You Can Get It'
Russian Defense Ministry spokesman Maj. Gen. Igor Konashenkov has expressed doubt about the impartiality of the data provided by the investigators of the MH17 crash and the conclusions made on the basis of this data.

Speaking to the television channel BBC World, Lavrov said that the technical details and testaments on which the report was based came from social media and unnamed witnesses. The minister expressed hope that the information provided by Russia would be taken into account in the investigation.