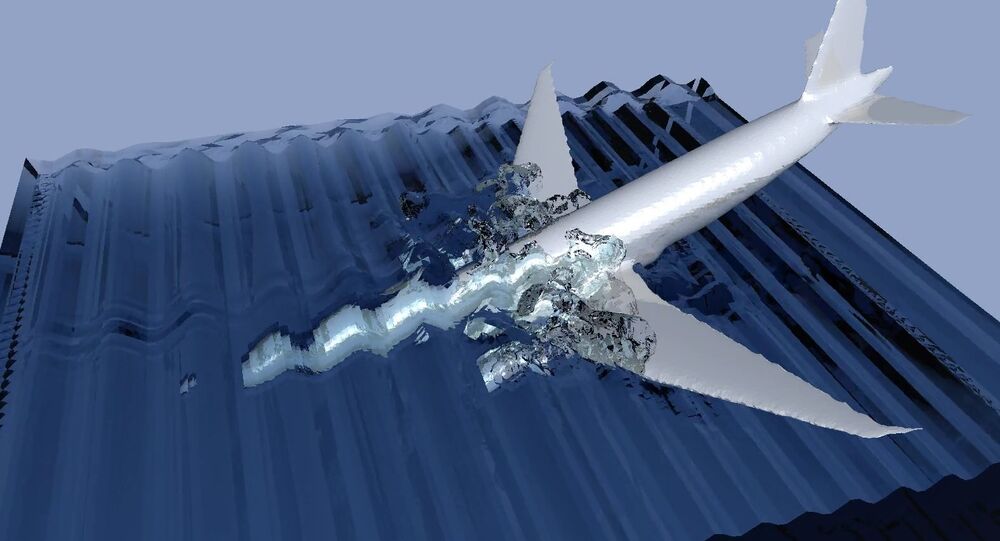 © AP Photo / Rob Griffith
MH370: New Search Planned for Plane Wreckage Likely Overlooked
MOSCOW (Sputnik) – "A date stamp indicated that it was manufactured on Jan 23, 2002, and consistent with the May 31, 2002, delivery date for MH370," Liow said on Thursday, as quoted by The Star newspaper on Friday. He added that "all identification stamps have a second ‘OL’ number which are unique identifiers relating to the part."

According to the transport minister, the Australian Transport Safety Bureau (ATSB) and the MH370 Safety Investigation Team have both verified that the numbers, appearance and dimensions of the debris, found on Pemba Island of the Zanzibar Archipelago in June, match those of an outboard flap section of the Boeing 777 aircraft.

According to the Malaysian transport minister, the search for the missing aircraft will continue until the entire search area of 120,000 square kilometers (over 46,000 square miles) defined by experts has been covered. So far, several pieces of debris suspected to come from the aircraft have been found at different locations, including in Mozambique, South Africa and the French island of Reunion.