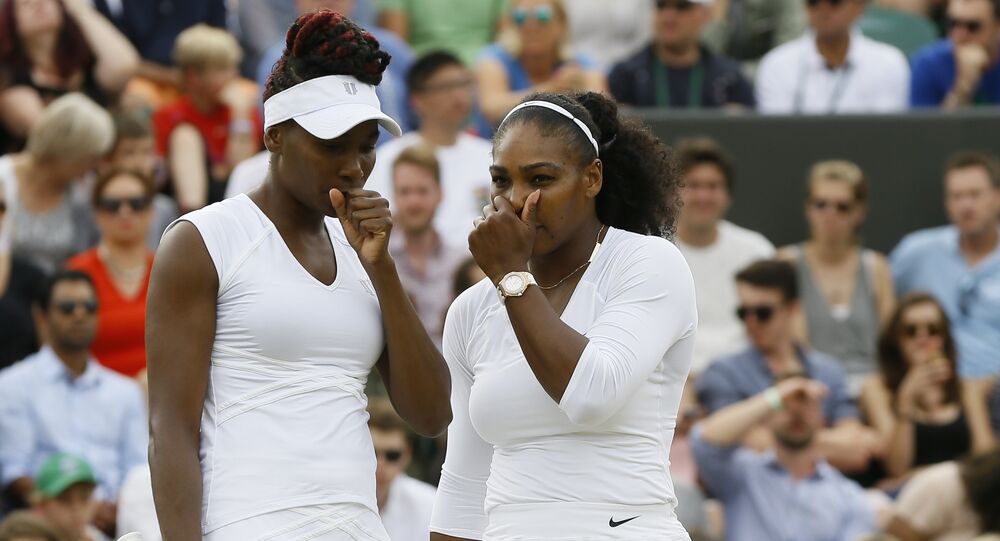 The World Anti-Doping Agency has accused a Russian cyber-group of hacking its private database, which the watchdog said may hamper efforts to restore trust in Russia; however, it may need to focus on defending its own credibility, according to RIA Novosti.

"Let it be known that these criminal acts are greatly compromising the effort by the global anti-doping community to re-establish trust in Russia," WADA's director-general Olivier Niggli said.

Speaking to RT on Tuesday, former head of the Russian National Anti-Doping Agency RUSADA Nikolai Durmanov suggested the WADA's position on the use of what he characterized as "very heavy drugs" among world athletes highlights key flaws in the agency’s standards.

He was echoed by Moscow State University pharmacologist Nikolai Korobov, who described the oxycodone taken by Serena Williams as "a powerful painkiller and a semisynthetic opioid which is an improved version of morphine, heroin and codeine."

© Sputnik / Anton Denisov
WADA Hack: Leaked Documents Expose US Athletics’ Hypocrisy
The drug, which is banned in Russia, has been cited by the US CDC as among the three most common drugs involved in prescription opioid overdose deaths; according to the CDC's website, "In 2014, more than 14,000 people [in the US] died from overdoses involving prescription opioids." For comparison's sake, less than 6,000 people died of cocaine overdoses that year.

As for prednisolone and methylprednisolone, which were also found in Serena Williams' blood, they are related to glucocorticoid hormone drugs and have anti-inflammatory effects. They are used to treat serious chronic diseases of inflammatory origin, Korobov said in an interview with RIA Novosti, adding that people who regularly take methylprednisolone cannot be seen as athletes.

"It appears that in sport, such drugs are taken under special schemes so that they don't damage [the athlete's] health. The drugs give athletes an advantage in sports that require them to endure intense physical activity. They reduce pain and inflammation that occur during prolonged physical activity," he said.

As far as Venus Williams is concerned, she has allegedly been allowed to take triamcinolone since 2010. The substance is included in a group of drugs that cause dilation of the bronchial tubes, according to Korobov.

"The drug is typically taken by patients suffering from bronchial asthma, and people taking these drugs cannot achieve good results in sports. They're more likely to be considered disabled than high-level athletic competitors," he said.

The unveiled documents also reveal that between 2013 and 2014, American gymnast Simone Biles took an amphetamine for the treatment of attention deficit and hyperactivity disorder (ADHD) which has been approved by WADA as a drug to cope with the disease.

In an interview with RIA Novosti, Alexander Tesler, a psychiatrist and academician of the Russian Academy of Medical and Technical Sciences, explained that amphetamines are prescribed to sick people, not healthy ones, to improve their ability to concentrate.

According to him, as a psychostimulant, an amphetamine enhances an athlete's performance considerably, making it easy for an athlete to perform a decisive strike.

"At the same time, all this stimulation is fulfilled at the expense of a human organism's reserves, and is followed by the exhaustion of the nervous system. With all this on the WADA's conscience, I think it is madness to say 'yes' to amphetamines  and 'no' to meldonium," Tesler said.

Nikolai Korobov, for his part, said that as long as there is no open database on the diseases and medical tests of the participants of the Olympics and world championships, these games will continue to see competitions between their doctors, not the athletes themselves.

© AFP 2020 / Thomas Coex
US gymnast Simone Biles competes in the qualifying for the women's Floor event of the Artistic Gymnastics at the Olympic Arena during the Rio 2016 Olympic Games in Rio de Janeiro on August 7, 2016.

He said that right now, it is safe to talk of the existence of a sort of channel for concealed doping which helps medics make false diagnoses and prescribe forbidden substances.

The main problem is related to WADA's double standards, sports agent Andrey Mitkov told RIA Novosti. He recalled that while Russian tennis player Maria Sharapova was suspended over the use of harmless meldonium, the Williams sisters are allowed to use painkillers that are commonly prescribed to terminally ill patients.

"Saving the world anti-doping system is only possible through complete transparency, when any person from any country can visit a [given] website and see, for example, the test results of Sharapova and Williams," he said.

"This is serious politics, [involving] plenty of money and huge influence. Now WADA can annul any champion and appoint a silver medalist. They want more powers to suspend a country, with the International Olympic Committee trying to resist it. As for the reforms, they first of all mean expanding WADA's authority," Mitkov said.

In July 2016, a WADA commission presented a report in which Russia was accused of running a state-sponsored doping program. Russia maintains that the findings were falsified and has urged the West to keep politics out of sports.