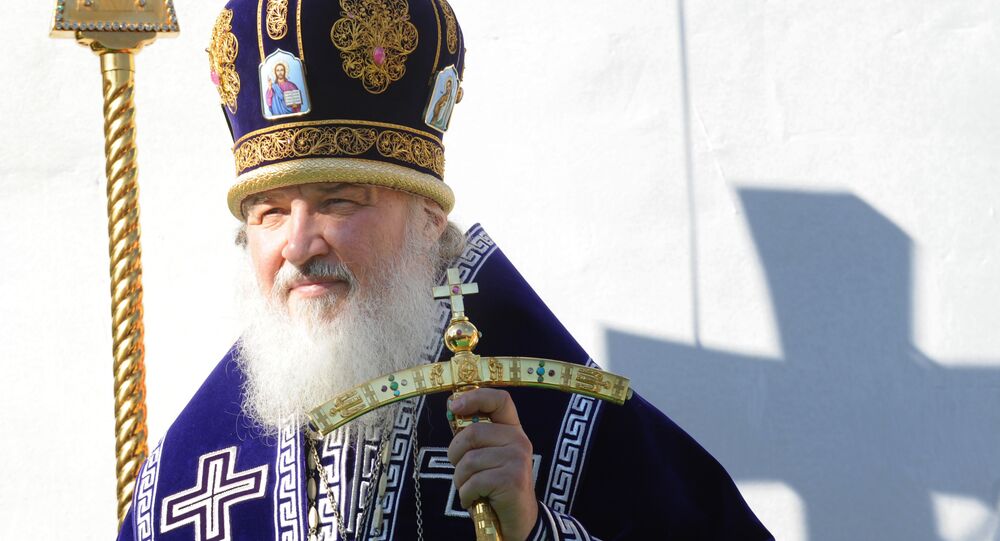 Patriarch of the Russian Orthodox Church Kirill said that the events in Nigeria and Central African Republic linked with massive murder of Christians are particularly "terrible."

MOSCOW (Sputnik) — The situation with mass murder of Christians in Africa is "dreadful," Patriarch of the Russian Orthodox Church Kirill said on Monday.

"We are particularly concerned about Christians, who are killed by radical Islamists….Russian Orthodox Church is doing its utmost to raise this issue so that public community could be aware of it….We raise it on the international level, I had a chance to discuss it with Pope Francis…..[all international institutes] should take efforts to prevent dreadful crime of our time — massive killings of Christians," he said during a meeting with the Ambassador of Democratic Republic of Congo (DR Congo).

© Sputnik / Iliya Pitalev
Patriarch Kirill Praises Russia's Role in Saving Syria
The Russia's Orthodox Patriarch added that a number of African countries, including DR Congo, are directly facing radical religious ideas, which are accompanied by terrorism. He stressed that the events in Nigeria and Central African Republic linked with massive murder of Christians are particularly "terrible."

Africa has been hit by radicals-insurgency, notably Cameroon, Chad, Niger and Nigeria, with Boko-Haram group, which pledged allegiance to the Daesh jihadist group, outlawed in Russia and many other states, operating in these countries for years.