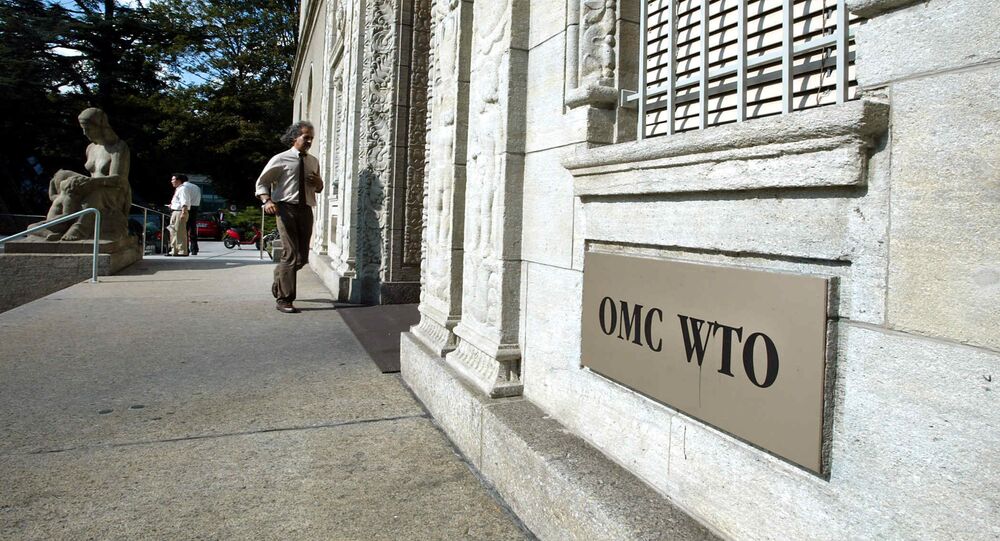 Moscow May Appeal to WTO Over EU, US Anti-Dumping Duties on Russian Steel

Russia is likely to appeal to the World Trade Organization (WTO) dispute settlement body regarding the European Union's anti-dumping duties imposed on Russian cold-rolled steel, Director of the Department for Trade Negotiations of the Ministry of Economic Development Maxim Medvedkov told Sputnik in an interview Thursday.

MOSCOW (Sputnik) — On August 4, Russian producers of non-stainless steels, including Magnitogorsk Iron & Steel Works OJSC, Novolipetsk Steel OJSC and Severstal PJSC, were hit by the European Union with five-year tariffs as high as 36.1 percent based on a conclusion that Russian imports unfairly undercut manufacturers in Europe.

"In our opinion, it [investigation] was carried out in violation of WTO rules, as we have repeatedly stated in contacts with the EU, both on the political and expert levels. However, the European Commission at the end of July 2016 introduced the final anti-dumping duty, practically ignoring our arguments and closing the EU market for the Russian steel companies in a manner that does not comply with WTO," he said.

© Sputnik / Alexander Astafyev
Russian Prime Minister Medvedev Says TPP, TTIP 'Encroaching on WTO'
The director added that anti-dumping measures must be applied according to specific procedures ignored by Brussels and "therefore in this case we are most likely to go to court."

Medvedkov noted that in recent years more and more violations had been observed during the foreign countries investigations against Russian steel products, most notably, the EU anti-dumping investigation in respect of the cold-rolled steel.

In July, the US Department of Commerce, as a part of the preliminary measures, has determined the level of anti-dumping and countervailing margins for suppliers of cold-rolled steel from Russia, as well as a number of other countries. So, the anti-dumping margin for Severstal PJSC was calculated as 13,36 percent while for Novolipetsk Steel just as 1,04 percent.

"Since the formal investigation has not been completed yet, the issue of the WTO dispute settlement procedure involvement is not on the agenda. But we do not exclude such possibility, if the final decision will be made without the elimination of the WTO rules violations," Medvedkov said.

The final decision is expected to be made by the United States on September 3. However, according to the experts, introduction of the anti-dumping duties on this kind of steel products will have no significant effect on Russian companies.

Russia Rules Out Appealing to WTO Over Western Sanctions

Russia to Raise Legality of Anti-Dumping Probes at WTO - Official