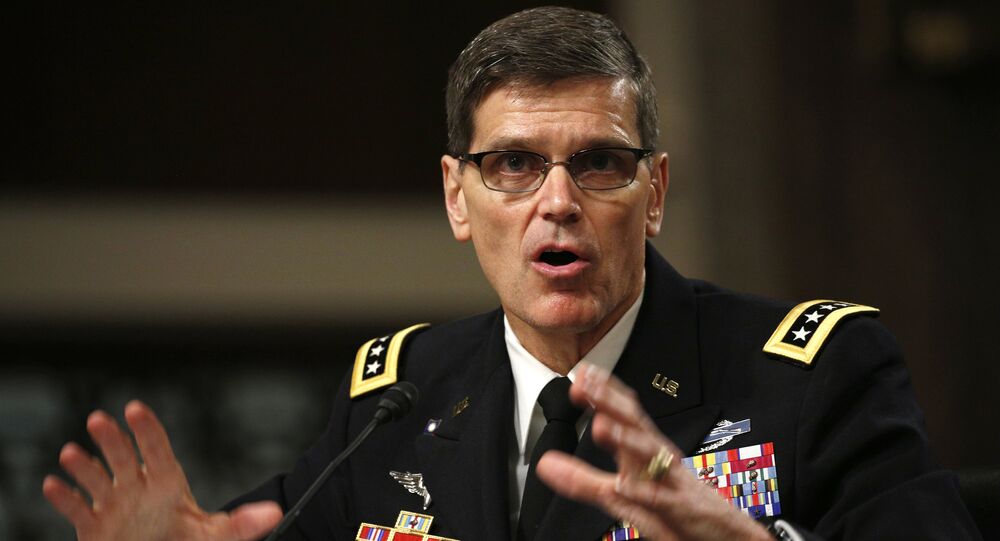 The Commander of US Central Command (CENTCOM) General Joseph Votel denied claims on involvement in the recent unsuccessful coup attempt in Turkey.

© REUTERS / Baz Ratner
Turkey May Leave NATO If Ankara Finds Out US Was Involved in Coup Attempt
WASHINGTON (Sputnik) – The Commander of US Central Command (CENTCOM) General Joseph Votel denied having anything to do with the attempted coup in Turkey, according to a statement released by the US military on Friday.

"Any reporting that I had anything to do with the recent unsuccessful coup attempt in Turkey is unfortunate and completely inaccurate," Votel said.

He was responding to an interpretation of comments made at a think tank in Washington, DC by Turkey’s President Recep Tayyip Erdogan accusing Votel of sympathizing with the coup plotters.

© Flickr / Victoria Pickering
US Concerned Turkish Coup Attempt May Impact Military Operations
Accusations by Erdogan and other government officials of direct involvement by the US military and intelligence agencies, or retired military personnel, have become commonplace in the days since the attempted July 15 coup.