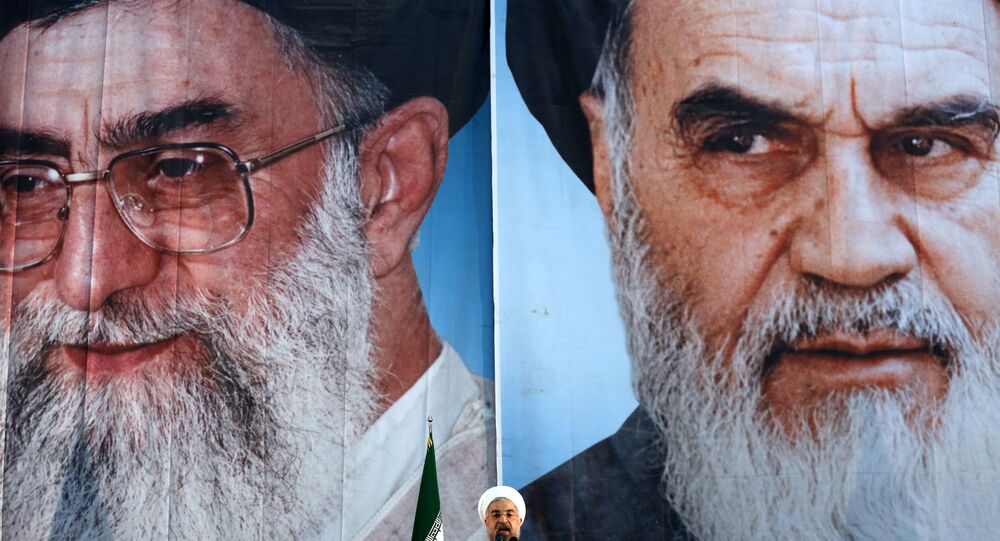 ​High-ranking US officials, particularly those dealing exclusively with domestic politics, are sometimes "incompetent" when it comes to foreign affairs, Iran Press Editor-in-Chief noted, saying that their statements on global issues often "have no logic."

Abshenas was referring to a recent comment made by retired Lt. Gen. Michael T. Flynn, who currently serves as an adviser on national security to Donald Trump.

"I want the President of Egypt, I want the King of Saudi Arabia, I want the Imam, or I want Khomeini in Iran to stand up and be counted," Flynn told Megyn Kelly, commenting on the deadly truck attack in the French city of Nice. "I want them to be counted tonight and to talk about this radical form of this ideology in their bloodstream, in their DNA."

It could have been a slip of the tongue, but Flynn, who has considerable experience in national security, urged Khomeini to denounce the terrorist attack that claimed 85 lives again the next day. Needless to say, these remarks sparked ridicule on social media, with one Twitter user saying that this "might be tricky as [Khomeini] died 27 years ago."

Advisor to Trump Lt. General Michael Flynn called for Ayatollah Khomeini to condemn the Nice attack. Might be tricky as he died 27 years ago

Flynn was an intellegence official during the Iraq War—youd think the fact that Khomeini was dead would have come up https://t.co/C9H6s2u2wC

​Abshenas pointed out that this incident is part of a larger picture.

"This is one of many cases of US officials making inept and ludicrous statements," he said. "For instance, they often mix up Iran and Iraq."

This is also true of Iran's two supreme leaders. "The Americans still refer to late Ruhollah Khomeini, who passed away three decades ago, as the current supreme leader, when it is in fact Ayatollah Ali Khamenei," he added.

© REUTERS / Rodi Said
Daesh Getting Ready for Caliphate's Looming Collapse
Abshenas also added that Flynn, like any other current or former US official, is in no position to tell the Iranian supreme leader what to do."Clearly, Iranian authorities and Ayatollah Khamenei personally condemned what happened [in France on July 14]. I want to emphasize that Ayatollah Khamenei does not need Donald Trump's military adviser to urge him to denounce the terrorist attack," he said.

The analyst further noted that Iran has been at the forefront of the anti-Daesh fight.

"Iran and its allies in Syria, Iraq and other countries have waged an unprecedented war aimed at destroying these terrorists. Meanwhile, US allies have provided assistance and funds to the group," he observed.

Anti-Terror Coalitions ‘Do Nothing’ to Defeat Daesh – Iran Foreign Ministry