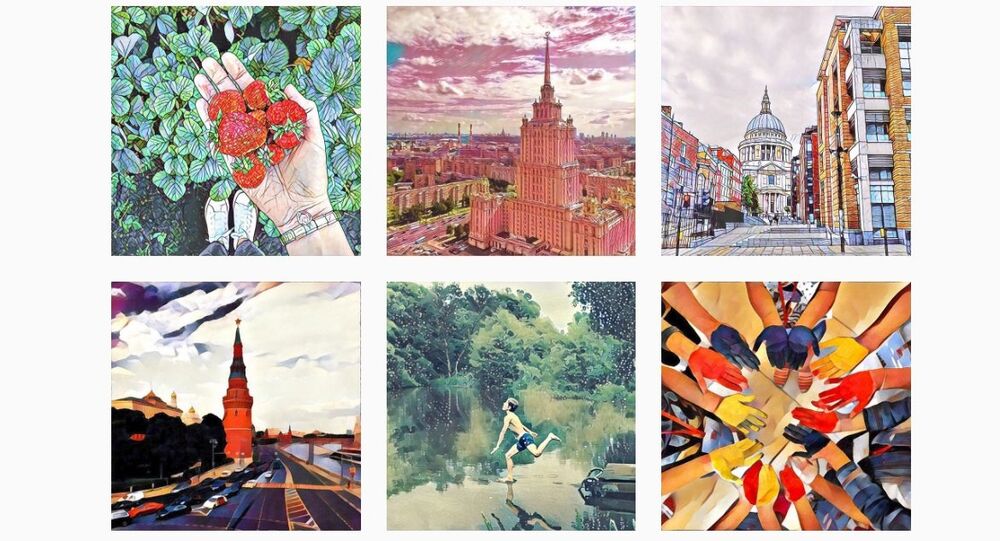 A new iOS app called Prisma is due to enter the Japanese market in the near future, Alexey Moiseenkov, the Russian programmer who developed the program, told Sputnik.

© Sputnik / Marina Lisceva
Afraid of Flying? Have No Fear, Your App is Here!
In an interview with Sputnik, Russian programmer Alexey Moiseenkov said that Prisma, a new iOS app his team developed, is set to foray into the Japanese market in the immediate future.

The interview came after the app, which uses sophisticated algorithms to turn smartphone photos into stylized artwork, shot up in popularity in 10 of the former Soviet republics.

These included Russia, Belarus, Estonia, Moldova, Kyrgyzstan, Uzbekistan, Kazakhstan, Latvia, Armenia and Ukraine, where the app skyrocketed to the top spot in the App Store in record time.

Prisma App is so awesome! AI based filters 😍 pic.twitter.com/tmz9xzvldp

"We are very much interested in the Japanese market because Japan has a completely different culture. We plan to enter there as soon as July," Moiseenkov said.

He also said that as far as Prisma is concerned, his team will introduce special innovations which could be of interest to Japanese users, including anime and manga.

"Of course, there will be special filters for the Japanese audience because we want to please all of our customers regardless of their location. We are open to suggestions as we constantly hammer out new formats and features for Prisma," he added.

The app uses a deep learning method called convolutional neural networks, and only refers to the original picture for guidance in the creation of the final image.

Launched on June 11, Prisma has already garnered a whopping 650,000 downloads across Russia alone. According to Moiseenkov, his team never expected such a breakthrough.

Meanwhile, Russian Prime Minister Dmitry Medvedev has already uploaded the program to Instagram, posting a photo named "the evening in Moscow through Prisma."