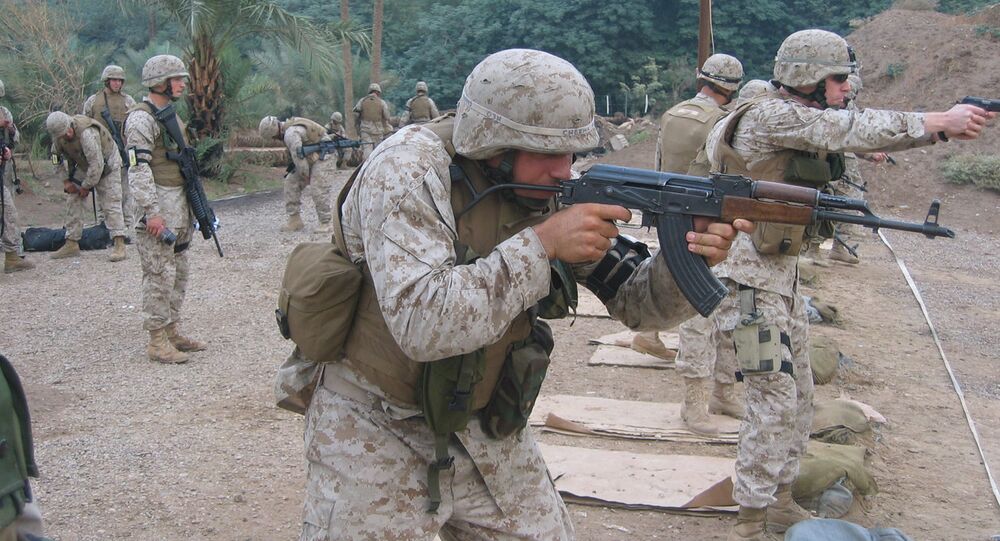 Attack of the Clones: US Military Wants Arms Makers to Produce Kalashnikovs

US Special Operations Command (SOCOM) is mulling the possibility of ordering American gun manufacturers to hammer out copies of Russian-designed AK-47 assault rifles, according to the Washington Post.

© Sputnik / Vitaliy Ankov
There Can Be Only One: Kalashnikov Competes for New Machinegun Contract
Churning out legendary Russian-designed AK-47 assault rifles may soon be an option for American gun manufacturers. The US Special Operations Command (SOCOM), which oversees the country's most elite units, is already considering a combat role for the 1940's-era firearm, the Washington Post reported.

According to the newspaper, SOCOM posted orders for non-standard weapons and ammunition on a federal contracting site early last month.

The term "non-standard" is related to weapons not frequently employed by the US or its NATO allies, including the Kalashnikov assault rifle, the Dragunov sniper rifle, and the 14.5mm aircraft guns.

The Washington Post quoted SOCOM spokesman Matt Allen as saying that in the long run, the US-made AK-47s may help taxpayers save money.

"A US-based source would be a good use of taxpayer funds, while also delivering the weapons our partners not only need to fight extremists, but also the ones they know how to use, know how to fix and have the supplies in their regions to maintain," he said.

The Washington Post in turn added that although making the AK-47-like weapons in the US "would allow the government to enforce greater control over their manufacture and distribution, it still might be cheaper to buy them elsewhere."

Meanwhile, Russian military expert Nikolay Kireyev argued that after the creation of the AK-47 clone, Americans will most likely want to bring down prices for Kalashnikovs on the world marker and start supplying its copies to other countries on their own, according to the website news-front.info.

"Stealing other people's developments without paying for it is certainly a deliberate policy. The US has no legal right to produce the AK-47s. The Kalashnikov Concern launched the process of protecting its trademark in the United States, but it was stopped due to the anti-Russian sanctions. Theft with state support is very convenient, isn't it?," Kireyev said.

Of course, his ire must be taken with a grain of salt: the rifle's late inventor, General Mikhail Kalashnikov, never owned a patent to the weapon and although his legacy, Kalashnikov Concern, continues to insist that its manufacturers obtain proper licensing, the firearm is produced in over two dozen countries. As he told interviewer Michael Hodges, "I invented a weapon to save the motherland, to save the state from fascism…my career has been dedicated to my country."

The Kalashnikov has become the world's most widely distributed weapon, with some 100 million such rifles made in the 60 years since the AK-47 went into serial production.

"Weapons based on Mikhail Kalashnikov's iconic design have been built and exported by dozens of countries during and after the Cold War," according to the Washington Post.