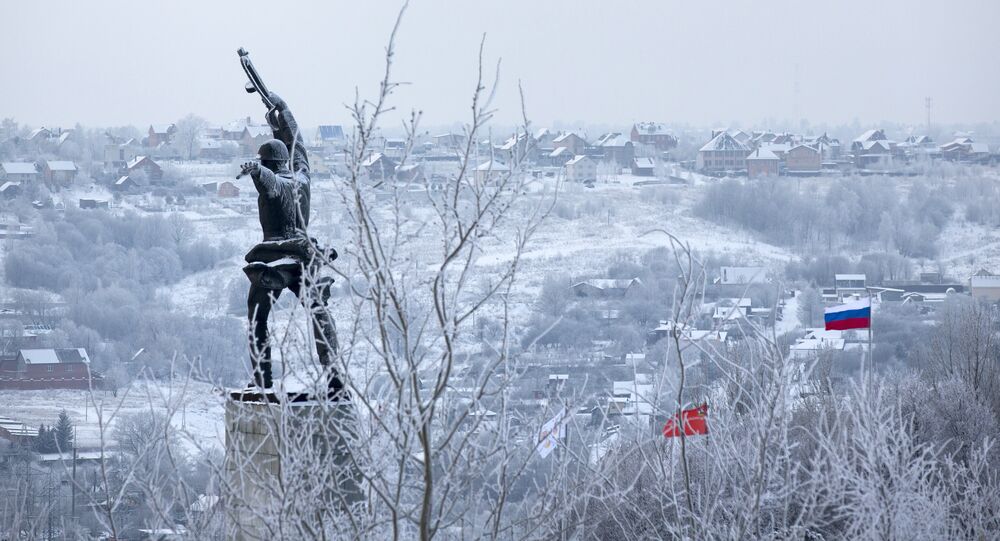 Recent polls showing that Americans and Europeans are ignorant of the Soviet Union's key role in the victory over Nazism are symptomatic of a postmodern disregard for historical facts, and a desire to portray modern Russia as a threat, US journalist Srdja Trifkovic told Radio Sputnik.

Recent opinion polls conducted by Sputnik in the US and Europe have found that only 15 percent of respondents named the USSR as the country that played the key role in defeating the Nazis in World War Two.

​The majority of respondents in the United States (79 percent), France (58 percent) and half of those in Germany (50 percent) said that the US Army played a pivotal role in the victory over Nazism.

More than a half of Britons (59 percent) think that their country led the fight against Nazism, while only 11 percent named the United States and 15 percent mentioned the USSR.

© Sputnik / Knorring
Americans and Europeans Ignore USSR's Role in Victory Over Nazism
Compared to other countries, Germany had the most respondents who recognized the USSR as the main force in combatting Nazism (24 percent).

Respondents in the US and France were the most reluctant to recognize the Soviet contribution to combating Nazism with 7 and 12 percent, respectively.

Srdja Trifkovic, foreign editor of the Chronicles US monthly magazine, told Radio Sputnik that that the historical revisionism surrounding WWII has become worse with the passage of time, and is being used to further an anti-Russian political agenda.

"The USSR accounted for at least four fifths of all German military losses during the war, and had it not been for the D-Day Normandy landings, many historians believe that the Red Army would have reached the English Channel by the summer of 1946," Trifkovic explained.

© Sputnik / Ilya Pitalev
Veterans and Victory: Russia Commemorates Anniversary of WWII Triumph
Trifkovic agreed with the pollsters that the perception of the USSR's role in the battle against Nazism has changed drastically over the past 70 years, and attributed it to a lack of historical education, and the postmodern tendency to relativize history.

"In the immediate postwar period this certainly was not the case. In Paris, you have a metro station which is called Stalingrad, and the awareness of the pivotal Soviet role was pretty much well recognized."

"On the other hand, for the 70th anniversary of the D-Day landings in 2014, President Obama himself called that occasion the turning point of the war, which it wasn't."

"The turning point of the war to all intents and purposes was the battle of Stalingrad. That was the furthest advance of the Wehrmacht into the depths of the Russian landmass and thereafter until the end of the war Germany was more or less permanently on a strategic defensive."

© Sputnik / Sergey Averin
Defending Historic Victory of 1945 Means Remembering Its Relevance Today
Trifkovic said that while the results of the poll are disturbing they are symptomatic of wider historical ignorance in some societies, where many people are woefully ignorant of the basic facts of their own national history.

"I think the tendency to relativizing history and blurring historical memory is generally the result of the postmodern era in which we live," and this scope for manipulation of the past has proved expedient for Western elites in their manipulation of anti-Russian opinion, Trifkovic said.

"It suits their purposes to minimize or even deny the Russian role, or else to put the equation sign between Nazism and Communism and thus implicitly to hint that battling the Wehrmacht by the Red Army was not a battle between good and bad in the moral sense."