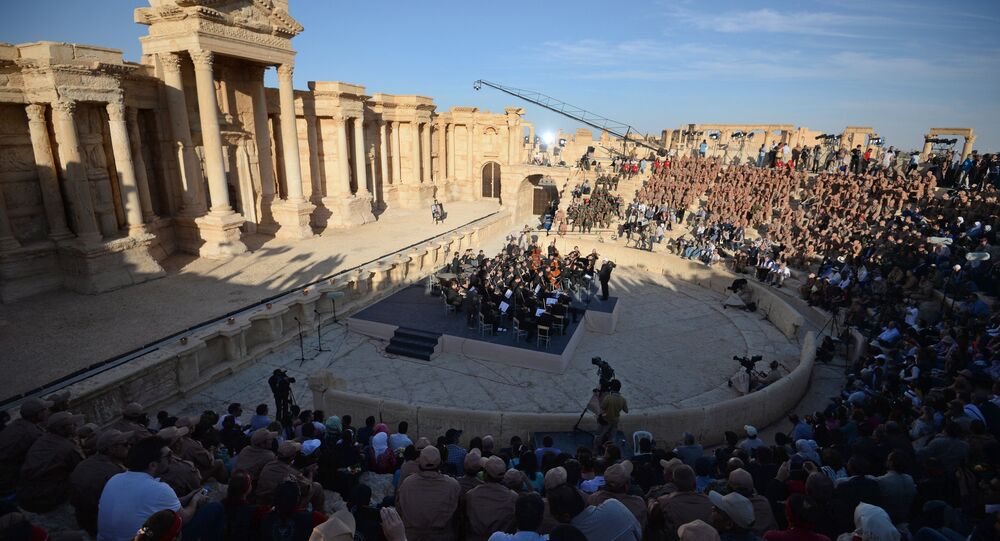 On May 5, the Mariinsky Theater Orchestra gave a concert on the stage of Palmyra's world-famous amphitheater. Global media have reacted to the event in different ways. Below are statements from some publications on the issue.

© Flickr / Arian Zwegers
World-Famous Russian Orchestra Performs in Ancient Syrian City (VIDEO)
Many publications have focused on the venue where the concert had taken place.

For instance, NBC called the music performance at the ruins of a historic Syrian city a "logical" step, while Los Angeles Times emphasized the contrast between the concert of the Mariinsky Theater and the events that took place in the city a year ago, when dozens of Syrian soldiers were killed in the fight against Daesh terrorists.

"It was the venue, the majestic Roman theater in the ancient Syrian city of Palmyra, that made the concert a special one: Less than a year ago, the very same ground where the orchestra now played had run red with the blood of dozens of Syrian soldiers slaughtered by the extremist group Islamic State [Daesh]," Los Angeles Times wrote.

© Sputnik / Mikhail Voskresensky
Russia's Hermitage Museum to Take Part in UNESCO Efforts to Restore Palmyra
A similar point of view was expressed by NYT. However, the author noted that with this performance Russia also wanted to emphasize its "underappreciated role" in the liberation of Palmyra.

At the same time, CNN focused on top security measures rather than on the performance itself, describing it as a "surreal moment".

"For many of the international reporters it was a surreal moment, but Russians said it was a moment of pride," the media source wrote.

The Atlantic, for its turn, wrote that "the Russian and Syrian governments hailed Palmyra's recapture as proof of the success of their coalition against extremism." The media source also paid attention to the fact that the war in Syria is still not over.

A similar opinion was expressed by Deutsche Welle. According to the media source, Russia organized the concert to attract the world's attention to its role in Palmyra's liberation.

Daesh, outlawed in Russia, seized Palmyra in May 2015 and destroyed part of its historic ruins, which are a designated UNESCO World Heritage site. On March 27, forces loyal to Damascus and backed by the Russian Aerospace Forces liberated the city.