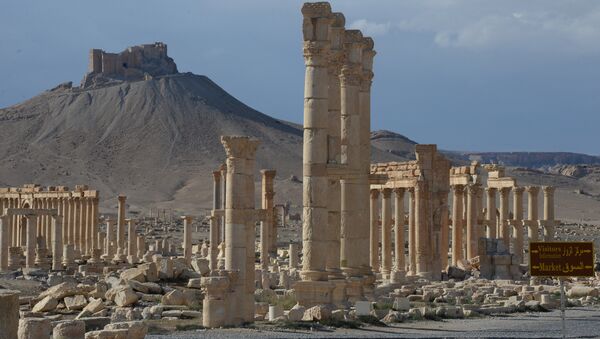 Russia's State Hermitage Museum will participate in all the events held by UNESCO aimed at restoration of Syria's historic city of Palmyra.

"We will participate in all the things that will be undertaken by UNESCO [in Palmyra], UNESCO has a big program and it begins in a full exploration of territory and of situation," Piotrovsky told reporters.

He added that at the moment the assessment of Palmyra's damages was in progress.

Hermitage Branches Will Open in Russian Cities, Abroad: Director
On March 27, forces loyal to Damascus, supported by the Russian Aerospace Forces, liberated the city of Palmyra from the Islamic State militant group, 10 months after its capture. The terrorist group, outlawed in many countries including Russia and the United States, has destroyed a significant part of Palmyra's historic ruins, which are a UNESCO World Heritage site.