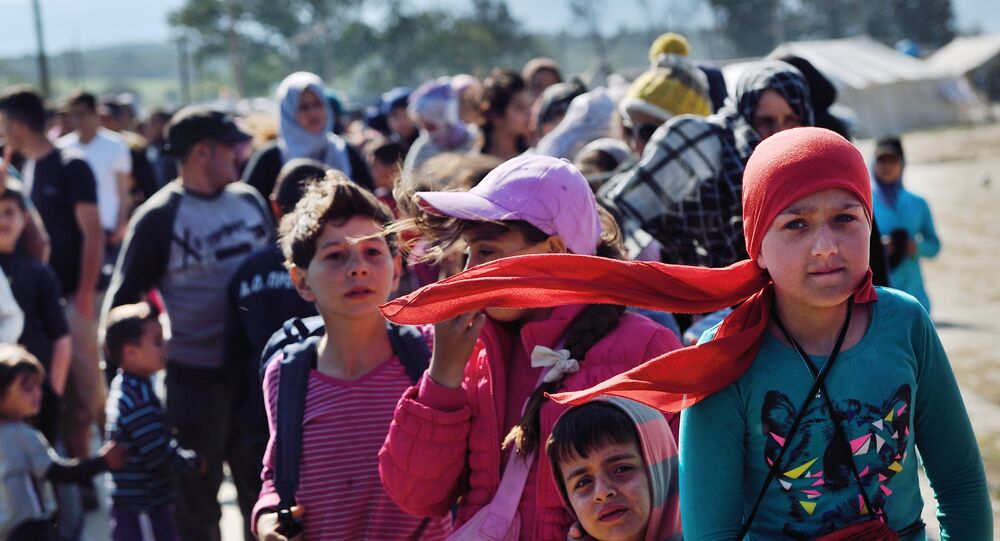 More than one thousand migrants died on the way to the European states from the beginning of the 2016, IOM stated on Tuesday.

UNITED NATIONS (Sputnik) — More than 1,350 migrants died on their way across the Mediterranean Sea to the European states only this year, International Organization for Migration (IOM) said in a statement on Tuesday.

"International Organization for Migration reports an estimated 184,546 migrants and refugees have entered Europe by sea in 2016, arriving in Italy, Greece, Cyprus and Spain, through 1 May. Latest fatalities stand at 1,357," the statement reads.

© REUTERS / Ismail Zitouny
Over 80 Migrants Missing After Boat Sinks off Libyan Coast – IOM
The statement adds that there were less migrants' deaths in the first four months of 2016 than in the same period of 2015, when the number of fatalities estimated at 1,733 per total of 48,636 arrivals.

The European Union is currently struggling to manage an enormous refugee crisis, with hundreds of thousands of people fleeing conflict-torn countries in the Middle East and North Africa. The majority of them try to reach stable EU states by sea. More than 3,770 deaths of migrants trying to cross the Mediterranean Sea were recorded in 2015, according to the IOM.

Over 80 Migrants Missing After Boat Sinks off Libyan Coast – IOM