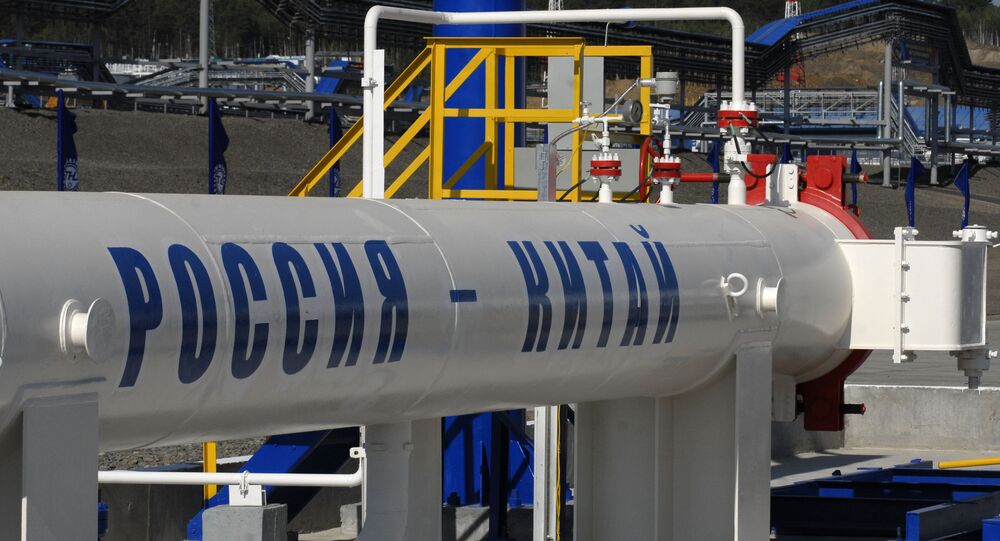 Vice-President of the Russia’s oil pipeline company Transneft, Sergey Andronov, said that about 27 million tons will be delivered from Russia to China via the Skovorodino-Mohe oil pipeline, through Kazakhstan and by sea through the Russian eastern Kozmino port.

"For 2016, 16.5 million [metric] tons [will be received by China] via the Skovorodino-Mohe [oil pipeline], 7 million tons goes through Kazakhstan and some 3.5 million tons will be loaded as a part of the intergovernmental agreement through the [Russian eastern] Kozmino port. Generally, about 27 million tons," Andronov told reporters on the sidelines of the Russia-China Oil&Gas conference.

© AP Photo / Andy Wong
China May Surpass US in 2016 Crude Oil Imports
He added that to ensure the oil supply, Transneft would expand the Skovorodino-Mohe pipeline to 30-million-ton capacity. Currently, the pipeline is capable of transporting up to 20 million metric tons of oil annually, according to Andronov. The expansion will cost some $70.5 million and is expected to be finalized in 2017.

Russia began supplying oil to China in 2011. In 2015, China imported over 36 million tons of Russian oil.