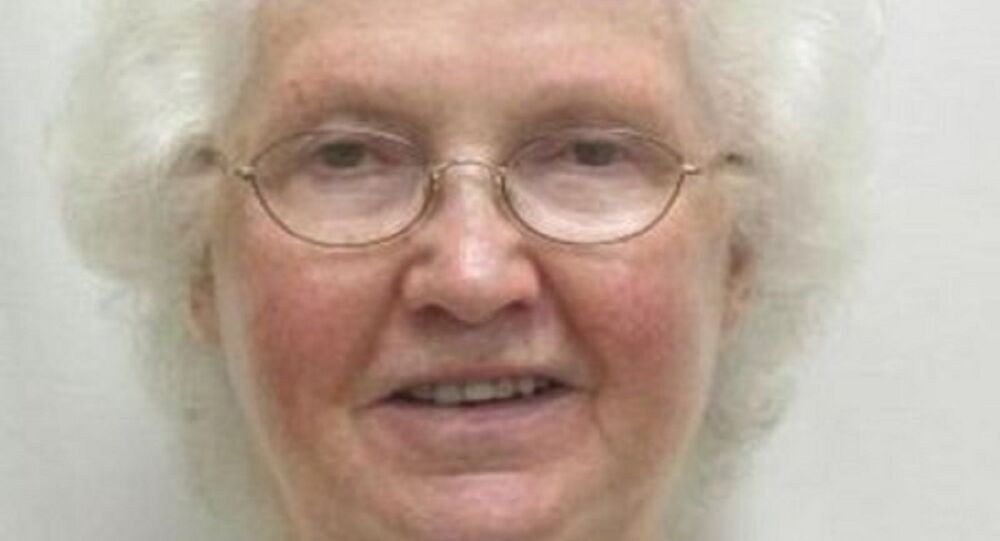 Canada’s ‘Black Widow’ Back on the Streets: Lonely Men Have Been Warned

© Fotolia / Dominik Herz
Wife of Celebrated Ukrainian Pianist Arrested in Murder of 2 Daughters
The elderly woman is believed to be so dangerous that the Halifax police issued the following warning along with her release:

“Melissa Ann Shepard, 80, was released from the Nova Institution for Women today, after completing a sentence for serious assaults against her intimate partners, including administering noxious things and not providing the necessities of life.”

The terms of her release include not using the internet — presumably to keep her away from dating sites, and anyone that she becomes romantically linked to must be reported to police so that they can be warned of her history.

First, Shepard served six years for manslaughter after repeatedly running over her first husband, Gordon Stewart. Sedatives were also found in his system.

Her next husband died only a year after she met him through online dating, but she was not charged for his death.

© Photo : Youtube/tutovariedades
Playboy Model Sentenced to Prison for Attempted Murder of a Mafia Boss
Shepard also met her next victim, Alex Strategos, through online dating, and she faced seven charges involving forgery and theft. She was also accused of stealing $20,000 from him and drugging his ice cream.

"I don't think she should be released," Strategos told the BBC. "I don't know what the judge had in his mind. What she was, she still is—she's the black widow. Some guys better watch out, that's all I can say."

The latest relationship ended in 2013 — when she was convicted of putting sedatives in her partner's coffee.

Aside from her sordid relationship history, the octogenarian has also been convicted of fraud 30 times since 1977.

Elderly men be warned, she is considered a high risk to offend again.

Brand New Service in Finland: Order a Murder via Internet

Nanny is 'Unstable': Kremlin on Child’s Murder as Revenge for Syria Strikes